RIYADH, Saudi Arabia — On a recent trip to Saudi Arabia, Richard Branson, the British entrepreneur who created the Virgin Group, was so inspired by the blue waters along the Red Sea coast that he stripped down to his swimsuit before his helicopter even landed.

Since then, he has become one of the Saudi government’s biggest international business allies as it seeks to start three new megaprojects aimed at diversifying its oil-dependent economy.

The projects are staggering in their ambition, if short on details. One is a business hub run on sustainable energy and staffed by robots. Another is an entertainment city near the capital, Riyadh. Mr. Branson is considering building inside one of those and is consulting on the third, an eco-tourism complex on islands in the Red Sea.

Saudi Arabia is an absolute monarchy historically known for its oil and its hyperconservative version of Islam, which requires women to wear full-length robes in public and gives them fewer legal rights than men. That the kingdom is betting its future on solar power, high tech and entertainment — realms in which it has virtually no background — is a sign of how determined the leadership is to modernize. 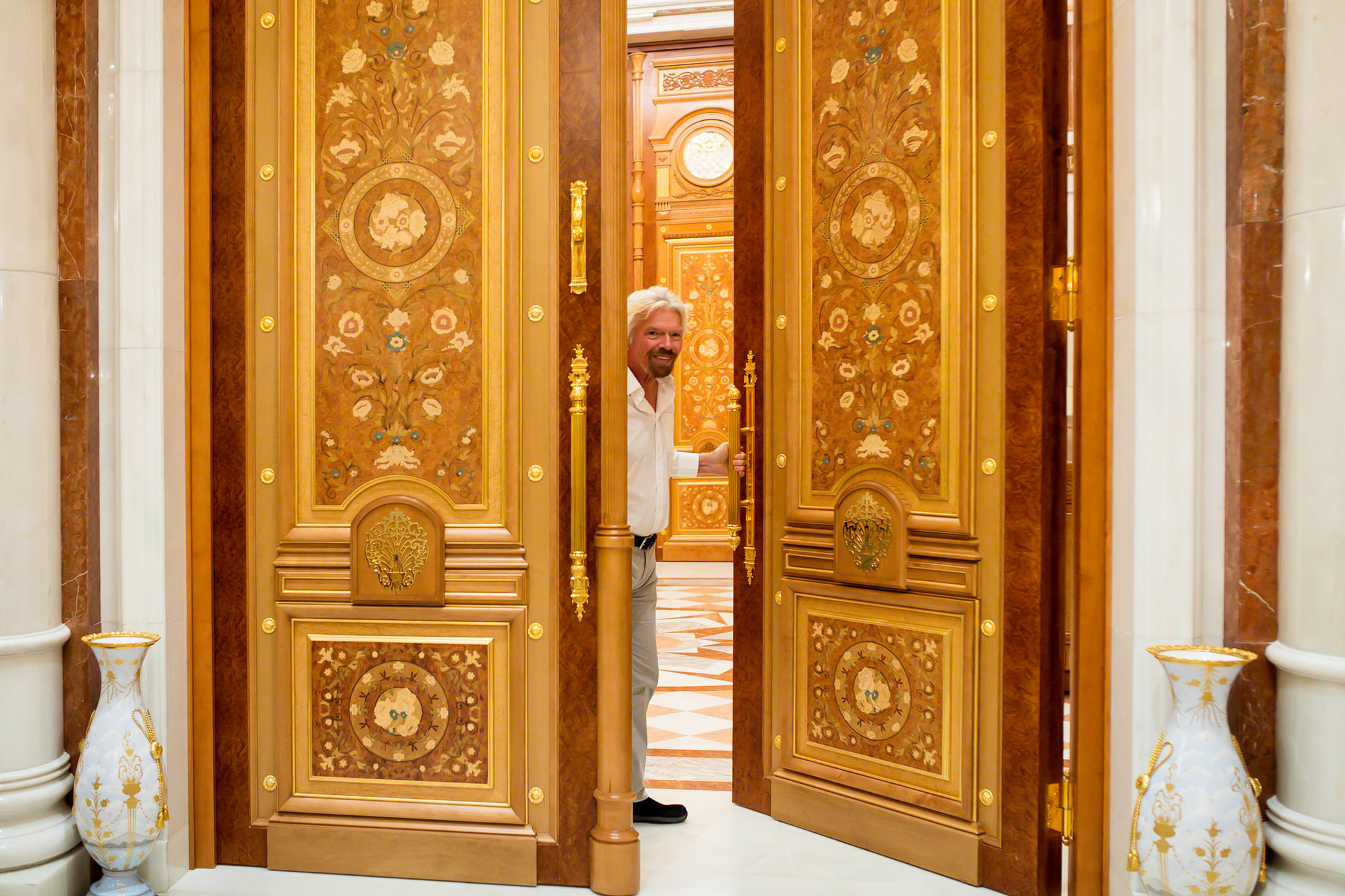 Richard Branson, a British entrepreneur who attended the investment conference in Saudi Arabia, is one of the kingdom’s biggest international business allies. CreditTasneem Alsultan for The New York Times

But serious questions remain about its ability to execute such complex plans, which rely heavily on international interest and money. Investors could balk at putting substantial capital into an often opaque system at a time of such major economic and social change, including granting women the right to drive.

“My reading is that major investors are teased by what is happening in Saudi but are not yet convinced that they want to put their money where their mouth is,” said James M. Dorsey, senior fellow at the S. Rajaratnam School of International Studies in Singapore. “There is a lot of potential here. How realistic that potential is remains to be seen.”

The three megaprojects are the brainchildren of the 32-year-old crown prince, Mohammed bin Salman, who has proposed sweeping reforms aimed at diversifying the economy away from oil and opening up Saudi society.

This week, he welcomed more than 3,500 international investors, bankers and corporate chieftains at a luxurious conference in Riyadh to entice them to invest in the kingdom. In recent years, the kingdom’s Public Investment Fund, the government investing arm that hosted the conference, has put tens of billions into ventures with SoftBank, Blackstone and a Russian government fund, as well as Uber.

While some of those beneficiaries are now giving back, others have yet to make concrete investment commitments to the kingdom. And some could merely be seeking to sell goods and services to Saudi Arabia, making profits regardless of how the projects ultimately turn out. 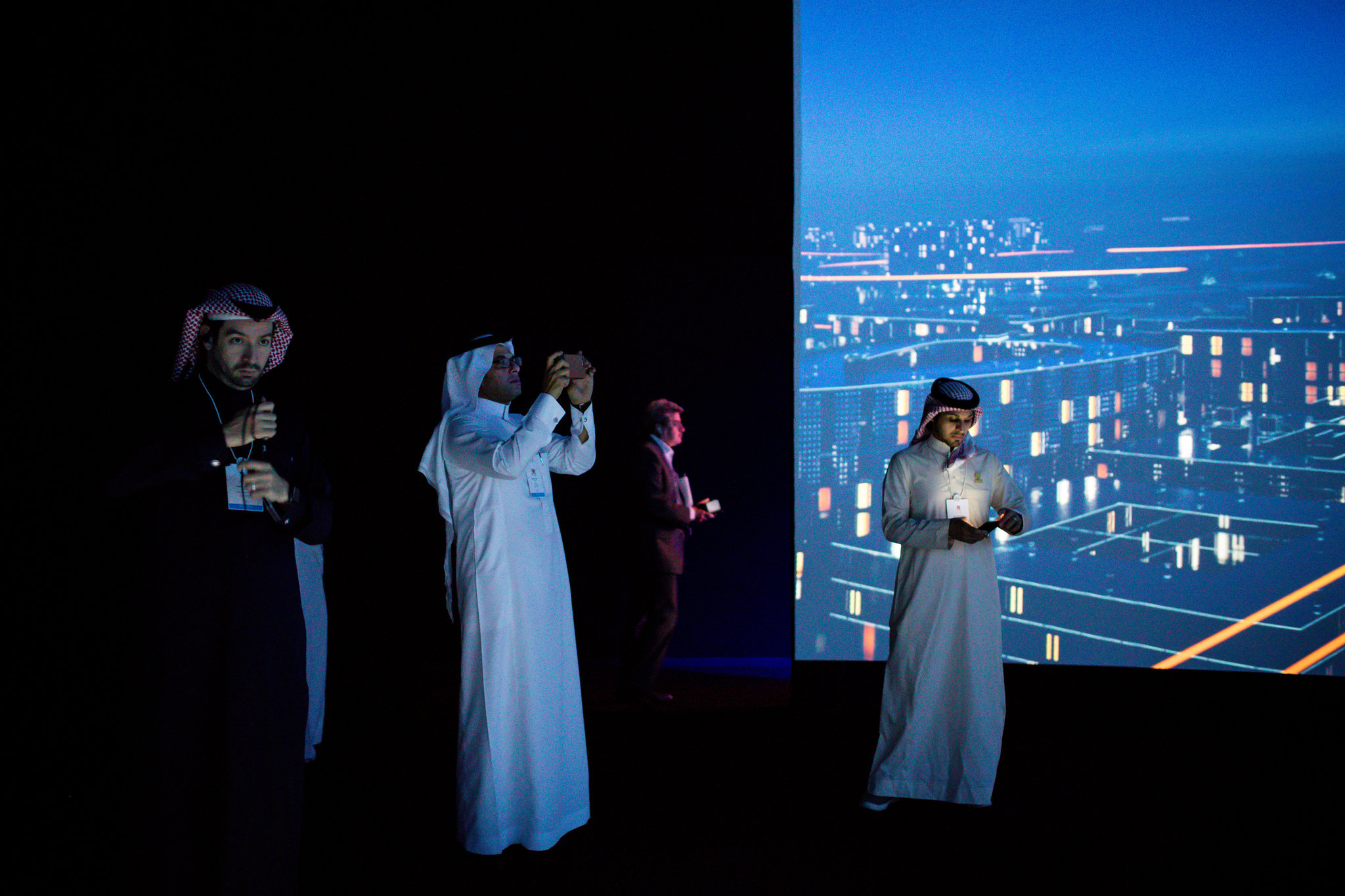 Potential investors viewing some of the proposals that are part of Saudi Arabia’s ambitious effort to remake its economy. CreditTasneem Alsultan for The New York Times

“This is a place for dreamers that want to create something new in the world,” Prince Mohammed said on Tuesday while unveiling the proposed business and technology hub, NEOM. “We’ll have a lot of partners inside of this room and outside of this room working with us to embody this idea.”

Among the project’s goals is encouraging Saudis to spend more money at home, keeping it in the local economy and creating jobs. But the developments will require large government spending and extensive construction, neither of which will quickly increase the state’s non-oil revenue nor create jobs that young Saudis are likely to take.

“If they had the luxury of waiting for 15 or 20 years until this project generated Saudi jobs, then fine,” said Steffen Hertog, an associate professor at the London School of Economics and the author of a book on the Saudi bureaucracy. But NEOM, he said, “is a speculative project, and by itself it is not going to help with the problems they are going to have in the next five to 10 years.”

Saudi Arabia’s record on megaprojects has been mixed. It has succeeded in creating special zones that fostered heavy industry. But other plans, like a network of “economic cities” and a financial district in Riyadh, have fallen far short of their objectives.

Some say the difference this time is that Prince Mohammed, who has centralized state power under him, will push projects forward. 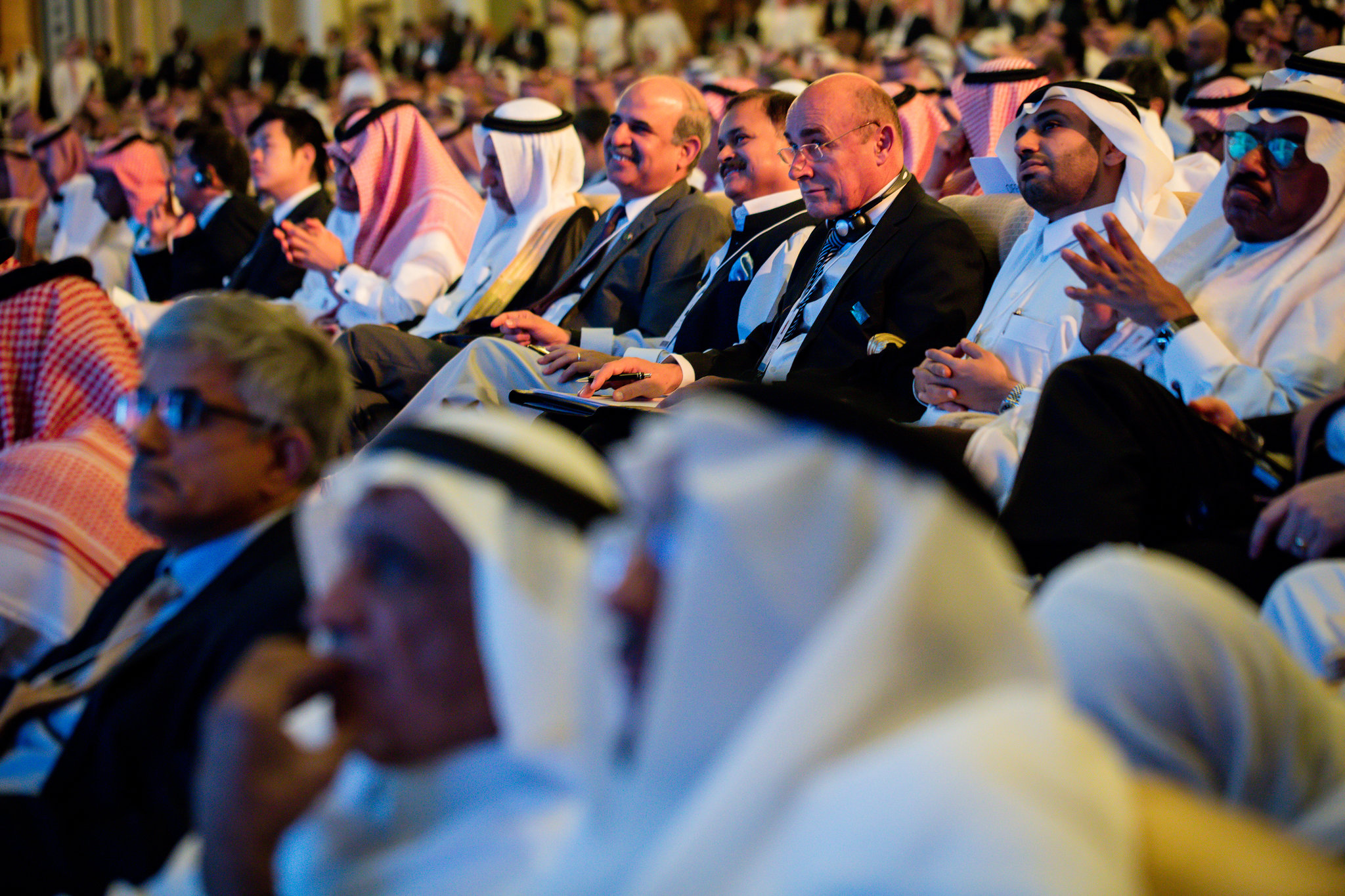 An investment conference in Saudi Arabia this week was held to announce that the kingdom is open for business. CreditTasneem Alsultan for The New York Times

“What you’re experiencing is something that I believe is not the regular way,” said Stephen Schwarzman, a longtime visitor to Saudi Arabia and the chief executive of the private-equity firm Blackstone. “It’s a byproduct of substantial change in the direction of the country.”

This week his firm completed a $20 billion Saudi government investment in its planned United States infrastructure fund. He declined to comment on whether Blackstone would invest in the megaprojects.

Prince Mohammed’s unveiling of NEOM, the high-tech business hub, was the conference’s headline event. To be built on a barren parcel of land along the Gulf of Aqaba, it is depicted as an eventual haven for sophisticated white collar jobs in biotech, alternative energy and digital services. To help draw labor and capital, it will be exempted from Saudi regulations and very likely offer visa-free travel and other incentives.

Over time, its service economy will be staffed by robots, according to promotional materials. To signal the new direction, a robot named Sophia was given Saudi citizenship on Wednesday.

The project will be overseen by Klaus Kleinfeld, a German-born executive who ran the industrial conglomerate Siemens and the aluminum company Alcoa. 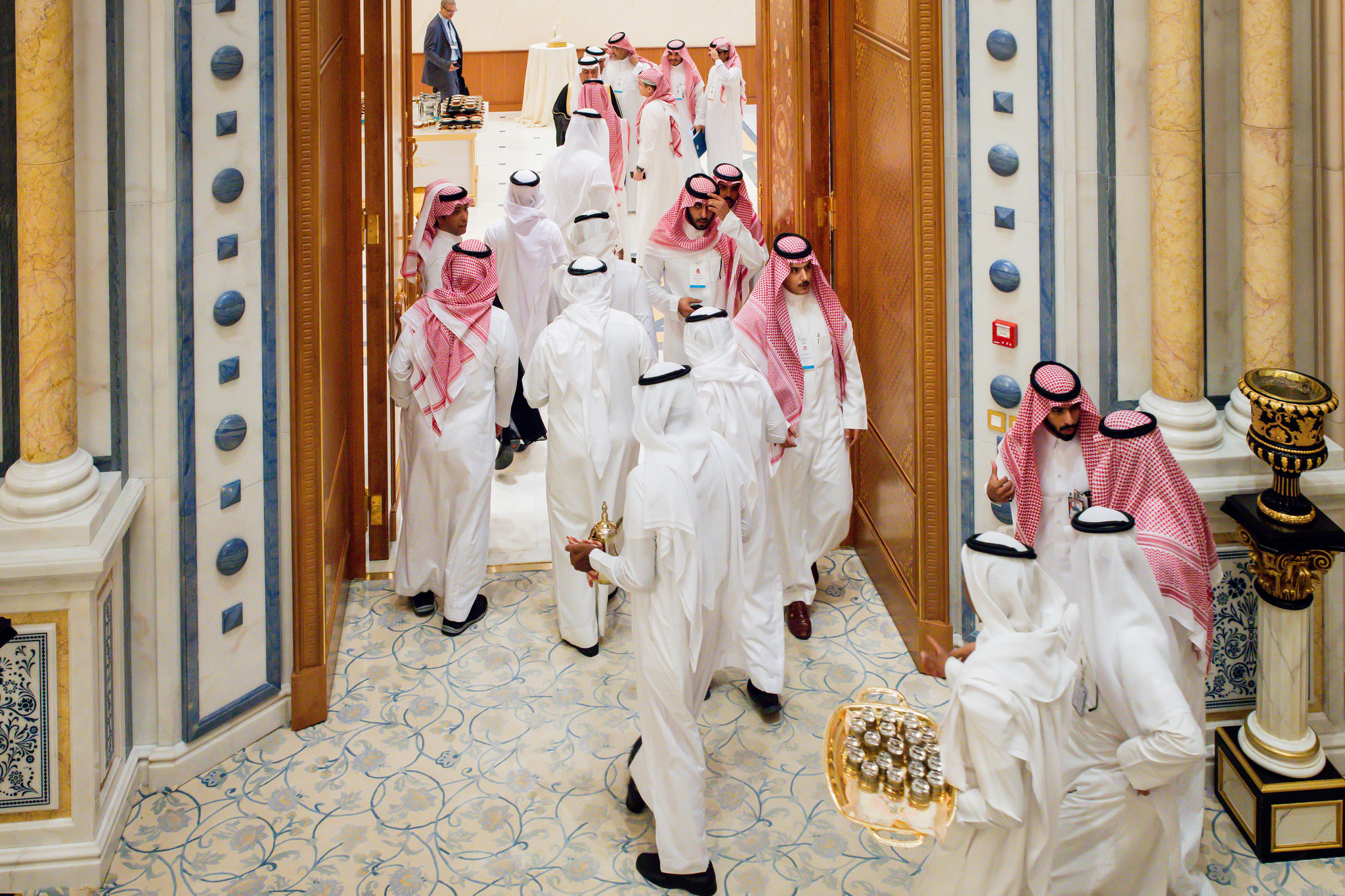 Guests arriving at the convention center on the grounds of the Ritz Carlton in Riyadh to attend an investment conference. CreditTasneem Alsultan for The New York Times

In 2012, under his direction, Alcoa opened a smelter on Saudi’s eastern coast that was hailed as a model of low-cost manufacturing. Four years later, Alcoa’s mining and smelting business was spun off, leaving Mr. Kleinfeld in charge of its parts business, Arconic.

Mr. Kleinfeld was ousted from that job this year after making veiled threats to an activist investor who was pressing for changes to the company. After that, he slipped largely out of public sight before resurfacing at the Riyadh conference.

Even in its inception, NEOM has involved a number of two-way investments. SoftBank, the Japanese tech giant, recently opened aninvestment vehicle, the SoftBank Vision Fund, with a $45 billion contribution from Saudi Arabia. The fund is considering buying a stake in the Saudi Electricity Company, and this past week announced plans to help the utility develop solar energy next year.

Mr. Branson’s space companies will receive at least $1 billion from Saudi Arabia. He, in turn, is contemplating building “one or two” hotels in the new cities, he said during an interview in Riyadh.

And Kirill Dimitriev, the chief executive of the Russian Direct Investment Fund, said Thursday that the fund would put “billions” into bringing sophisticated Russian companies into NEOM. His country received a $10 billion investment as well as its first monarchical visit from the kingdom, when King Salman, Prince Mohammed’s father, went to Moscow this month. 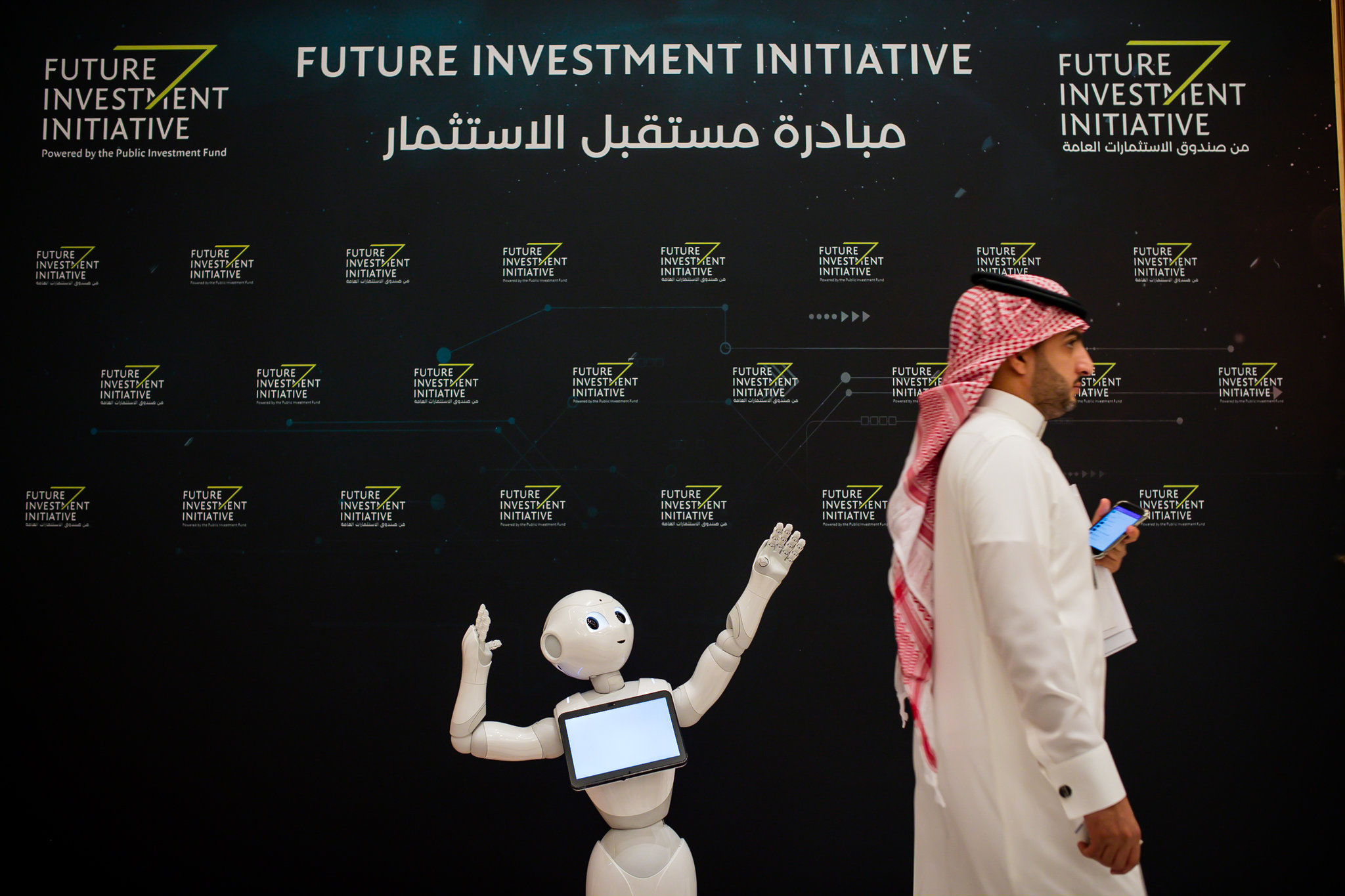 A proposed new business and economic hub in Saudi Arabia would run on sustainable energy and be staffed by robots. CreditTasneem Alsultan for The New York Times

“We are very impressed and amazed by the energy that we see in Saudi Arabia by him getting all of the right partners, and we know that many top technology companies are here, willing to invest in this project,” Mr. Dimitriev said.

If NEOM is imagined as Silicon Valley in the Middle East, Qiddiya, the entertainment city, could be its Walt Disney World. A conference exhibition showcasing Qiddiya featured a lion hologram as well as simulated racecar drives and roller coaster rides. Mr. Branson’s Virgin has created renderings of a possible space-tourism site, for which his Galactic space-travel unit would be a potential consultant. Six Flags said last year that it was contemplating construction of a theme park near Riyadh; its current thinking is unclear.

“Right now there’s a great deal of money that leaves the country and goes to different areas,” said Ariel Emanuel, a founder of the talent agency the Endeavor Company, based in Beverly Hills, Calif., which handles sports, television, fashion and other entertainment businesses. Six months ago, he met with Prince Mohammed in Jidda to discuss the kingdom’s vision for the new city.

“I think we could play a pretty important role kind of in bringing entertainment in many different forms,” said Mr. Emanuel. Hs company is also angling for an investment from the Saudi government fund. “We’re having conversations,” he said.

Mr. Branson’s quick dip happened near the site of the third project, The Red Sea, a location for luxury hotels and ecotourism. Mr. Branson, who owns and lives on Necker Island in the Caribbean, said he was astonished by the animal life during his visit to the Saudi islands, including manta rays and sea turtles laying eggs. He is on the project’s board and is contemplating investing there.

“One of the advantages I suppose you could say of Saudi being sort of not open — not open at all, really, since 1979 — has been that these pristine places have been preserved,” he said. “I want to help give my advice as to how to develop it so that in 50 years’ time, people can go and see it as virgin and beautiful.”