Unemployment among Saudi citizens edged up to a record 12.9% in the first quarter of this year as private employers struggled under the weight of a new tax and a domestic fuel price hike, official data showed on Thursday.

Despite ongoing efforts to create more work opportunities, Saudi Arabia witnessed the highest-ever unemployment rate among its citizens in the first quarter of 2018.

Based on data collected as early as 1999, this marks the highest rate ever documented by the official statistics agency, The Daily Star reported. 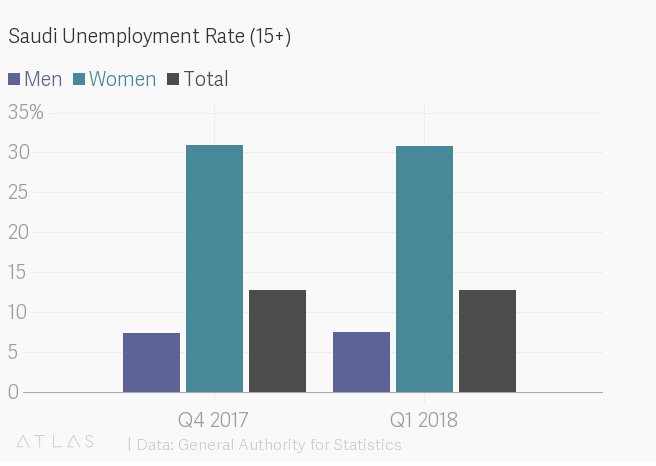