Saudi Arabia on Sunday rejected any threats or attempts to undermine the Kingdom, whether by threatening to impose economic sanctions, using political pressures, or repeating false accusations.

The Kingdom also warned that “if it receives any action, it will respond with greater action”.

“The Kingdom as the government and people are steadfast, glorious as ever, no matter whatever the pressures and circumstances might be,” an official statement said. 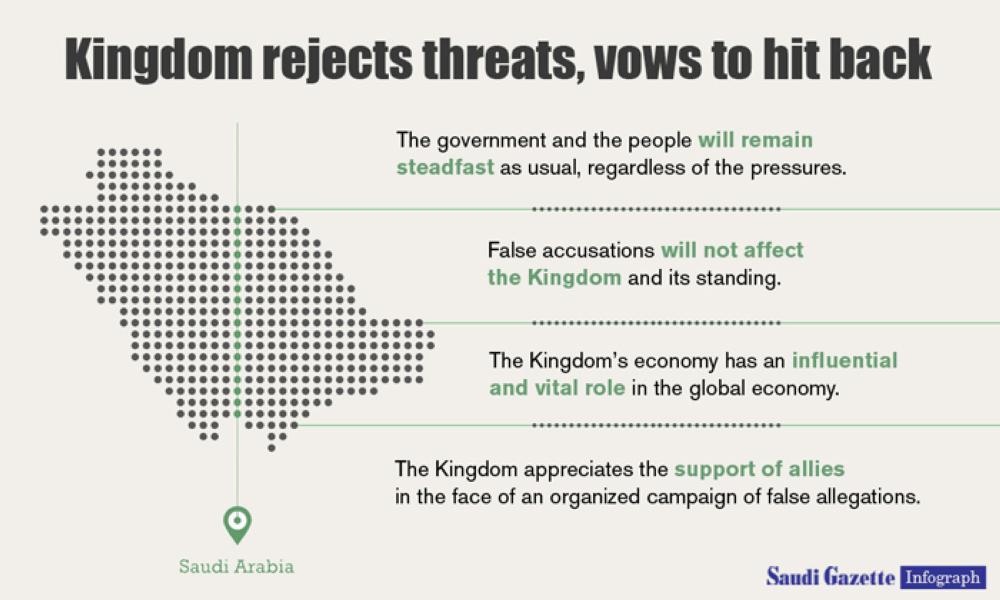 “The Kingdom of Saudi Arabia…has played a prominent role throughout history in achieving security, stability and prosperity of the region and the world, leading efforts in combating extremism and terrorism, enhancing economic cooperation and consolidating peace and stability in the region and the world, and it is still working with brotherly and friendly countries to promote these goals,” the statement added.

Kuwait Begins Gradual Return to Normal Life from May 31

Saudi: Over 90,000 Mosques to Reopen Starting on Sunday