- Advertisement -
Vision 2030, Saudi Arabia’s long-term blueprint for weaning itself off its reliance on oil revenue, involves investment to the tune of $20m – including a shot in the arm for the kingdom’s nascent tourism industry.

While 18 million people visited Saudi Arabia from abroad in 2016, almost all foreigners came on pilgrimage to Mecca, rather than to spend time and money soaking up the country’s other sights. 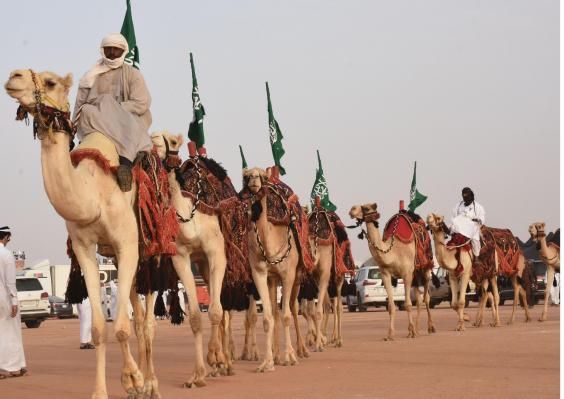 Although the kingdom is home to many archaeological sites, pristine beaches and excellent diving, it’s not thought of as a holiday destination like Egypt’s Red Sea resorts or the city of Petra in Jordan.

Nonetheless, the kingdom’s authorities say they are working on introducing tourist visas to make it easier for foreigners to visit – and investing in tourism infrastructure.

That’s clear at the King Abdul Aziz camel festival, where around 60,000 visitors came to the month-long celebration of camel and desert culture which ran from 15 March to 15 April. 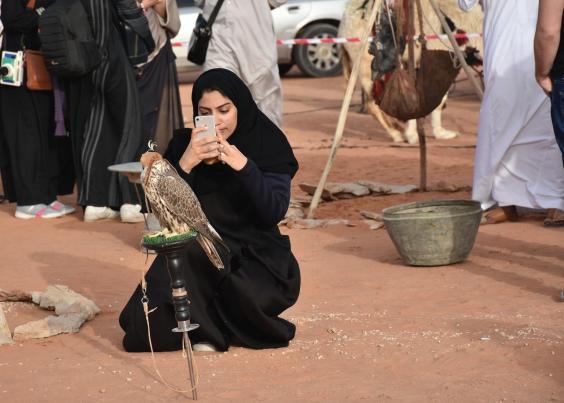 The annual heritage festival in Rimah was founded in 1999 by local Bedouin tribes who decided to host a competition to find the most beautiful camel, but went on to receive support from the Saudi royal family; this year it was opened up to camel owners and tribes from across the Gulf and visitors from all over the world.

“Best in show”-type competitions for the 1,200 breeders and owners who visit (featuring combined prize money to the tune of 115 million riyals, or £24m), huge auctions, cultural shows and a small museum are featured at an impressive tented site covering 12 miles of the ad-Dhna desert which organisers managed to set up in just 10 weeks.

“Camels are like buying diamonds or art,” said Dr Badiah AlSubaie, head of protocol at the festival. “You don’t buy them to hide them away, you want to share them with others. It’s a matter of habit, hobby, and culture.”

The festival has plans to expand next year with races, the tradition of “baby camel tipping”, and possibly the creation of an international forum for all countries with a camel culture, he added – from Australia to Mongolia.

First-time visitors thinking about becoming a collector should know it isn’t a cheap hobby, however. Picking up a pet camel at the King Abdul Aziz auctions could set you back as much as $500,000 for a top specimen.

“We are competing with the horses,” Dr AlSubaie said. “But there’s no reason in time camels are just as appreciated!” (Source credit – The Independent)

Bahrain: Stage set for first track activities at BIC ahead of...