Gazing at a shimmering salt pan below, a group of first-time Saudi hikers descended craggy slopes into a volcanic crater, part of a hidden trove of natural wonders being promoted to kickstart tourism.

Saudi Arabia will soon begin issuing tourist visas, opening up one of the last frontiers of global tourism — a sector touted as the desert kingdom’s “white oil” — as it steps up diversification efforts to wean itself off its crude oil dependence.

But the conservative country, notorious for sex segregation and its austere dress code, is seen as an unlikely destination for global tourists aside from Muslim pilgrims visiting holy sites in Mecca and Medina.

Now in the midst of historic social change, the kingdom is seeking a place on the global tourism map by promoting sites such as the Al Wahbah crater, widely unheard of even within Saudi Arabia with the near absence of local tourism.

On a warm winter weekend, Amr Khalifa, a private tour operator, brought a group of first-time Saudi campers to hike to the bottom of the crater.

Clutching hiking poles, the hikers picked their way through the slippery, boulder-strewn path to the salt pan.

“I told my friends about Al Wahbah,” said Jeddah-based corporate banker Mohamed Bahroon. “They had no clue.” 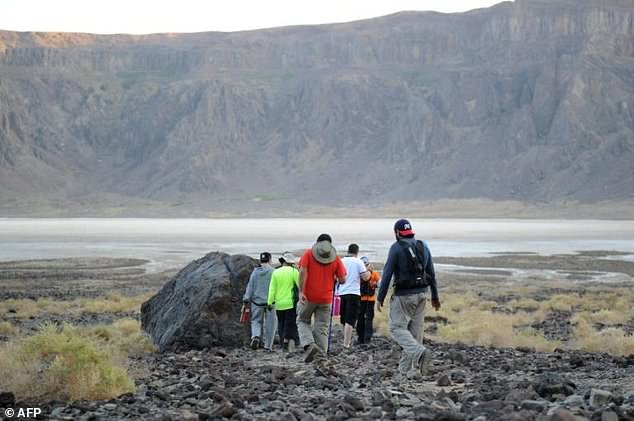 The little-known crater, barely a four-hour drive from the western city of Jeddah, is a remnant of volcanic activity — local folklore, however, has it as having been formed when two mountains were so passionately in love that one uprooted itself to unite with the other, leaving a bowl-shaped depression in its place.

In recent months, authorities have built roads and markers to the site and erected picnic shelters around the rim of the crater.

“The key challenge is to make such tourism sites accessible,” said Khalifa, adding that he only had one camping group at the site that weekend.

Tourism is one of the centrepieces of Vision 2030, the blueprint to prepare the biggest Arab economy for the post-oil era, which was conceived by powerful Crown Prince Mohammed bin Salman.

In August the kingdom announced a multi-million dollar project to turn 50 islands and other pristine sites on the Red Sea into luxury resorts.

It also plans to develop historic sites such as the centuries-old Mada’in Saleh, home to sandstone tombs of the same civilisation which built the Jordanian city of Petra. 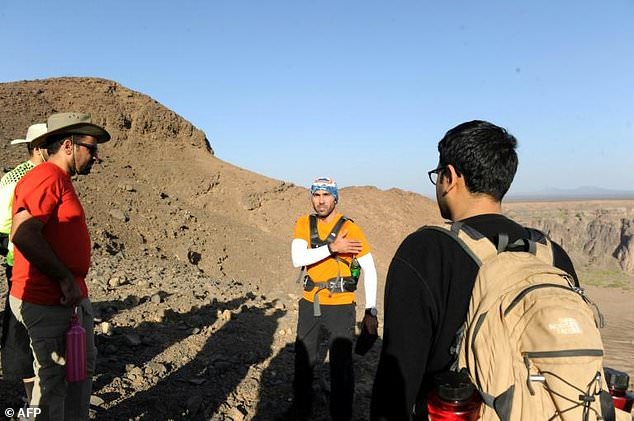 The kingdom aims to nearly double the annual number of tourists it attracts to 30 million by 2030, with the sector projected to become one of its top revenue earners.

Tourism chief Prince Sultan bin Salman bin Abdulaziz told AFP last month that preparations were afoot to launch electronic visas in the first quarter of 2018 to “all nationals whose countries allow their citizens to visit” the Gulf state.

In an effort to change perceptions, Saudi Arabia has relaxed some of its most rigid rules — lifting a cinema ban, allowing gender-mixed sporting events and announcing that women will be allowed to drive from next June.

But its absolute ban on alcohol still makes it a hard sell for many global tourists, experts say.

Rumours have swirled about plans to create exclusive resorts for foreign tourists, which, similar to many expat compounds in Riyadh, would have more relaxed norms. 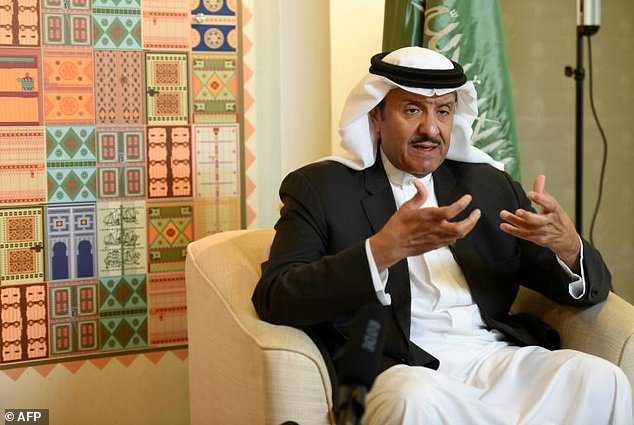 But Prince Sultan said the kingdom, home to Islam’s holiest sites, would not permit alcohol as “we do not want to give up our culture and our local values”.

“Given the sensitivities of opening up to large numbers of non-Muslim tourists, I’d expect the authorities to focus more on encouraging local and regional visitors in the first instance, while the tourist infrastructure is developed,” said Kristian Ulrichsen, a fellow at the Baker Institute for Public Policy at Rice University in the United States.

“And then cautiously start to market the kingdom to the wider world.”

But global travel agencies such as Britain-based Steppes Travel are already planning to offer packaged tours.

“There is a lot of potential for Saudi tourism — we know this not least from the pent-up demand we have within our own database,” Justin Wateridge, managing director of Steppes Travel, told AFP.

“There is interest in those that know and understand Saudi Arabia and not much needs to change other than the issuing of tourist visas. Travel breaks down barriers and prejudice.”

“Serving others in our tribal heritage is unacceptable, except your own guest,” he wrote in the Saudi Gazette newspaper, calling for the need for professional training. 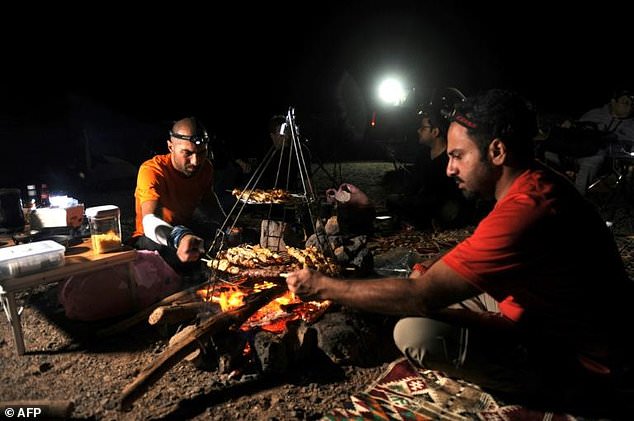 Back at Al Wahbah, that seems to be changing.

When the hiking group emerged from the crater, guide Khalifa swung open the boot of his SUV to remove tents, folding chairs, firewood and platters of meat to set up camp near the rim.

“When Saudis go camping they take their full house with them,” he said as the group settled in for the chilly night.

“That needs to change.”