While reflecting on Saudi Arabia, you wouldn’t automatically think of swimming, cycling, or running for that matter — let alone Ironman.

The triathlon bug has really caught on, and they are all witnessing the start of something incredibly empowering for individuals, families and the wider community, and society as a whole. There are no longer any barriers for female or male athletes alike. If you want to achieve something, just go and make it happen like Mohammed Almarzouki.

Riot Racing Club Saudi compatriot and Vice President of Saudi Triathlon Federation Jude Jamjoom says: “Almarzouki’s dedication and commitment are unmatched! Watching his growth and clinical precision in execution over the past few years has been fascinating. From training sessions to strength and conditioning to his fixation on macros and eating clean … it was clear to anyone that he had found his ‘thing’ and that he was fully invested in ensuring that he continued to grow in the sport.

“In less than two years in triathlon and a limited background in any sport for that matter, Almarzouki, under the guidance and mentorship of coach Will Clarke, was able to achieve the fastest Saudi time in an Ironman race to become the first Saudi Age Grouper to qualify for Kona.

Mohammed Almarzouki tackled Ironman Kazakhstan last weekend with one goal only: to qualify for the Ironman World Championships in Kona in October. After another well-executed race, particularly using his talent on the bike to push himself up the rankings, he managed to earn his slot and finish with the Saudi record over the Ironman distance.

With less than 7 weeks to go until Kona it’s time to recover fast and get back to work… Will says: “I have worked with many athletes over the years but Mohammed is one of the most trainable and relentless of them all. Whatever I throw at him in training, he gets it done and can soak it all up and progress almost week upon week and the commitment is totally unwavering. 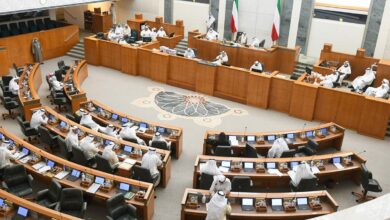