As many as 250,000 domestic pilgrims will be allowed to perform Umrah in the second phase as part of the gradual resumption of the pilgrimage and visits to the Two Holy Mosques from Sunday (Oct. 18).

More than 600,000 worshipers will be granted permits to perform prayers at the Grand Mosque along with over 250,000 Umrah pilgrims during the second phase of the gradual resumption of Umrah service and visit to the Two Holy Mosques. Worshipers need to register through the Eatmarna App to obtain permits to perform Umrah as well as to visit the Grand Mosque and Rawdah Sharif.

Foreign pilgrims will be allowed to perform Umrah and visit the Rawdah from Nov. 1, which marks the beginning of the third phase of the gradual lifting of the temporary suspension of the service.

It is not clear now how many countries will be allowed to send their pilgrims for Umrah due to the spread of the coronavirus pandemic in those countries.

A mechanism has been worked out under which buses will be allowed to operate at not more than 40 percent of the capacity. Similarly, only two Umrah pilgrims will be allowed to reside in a single room and that is in total compliance with the precautionary measures against coronavirus. 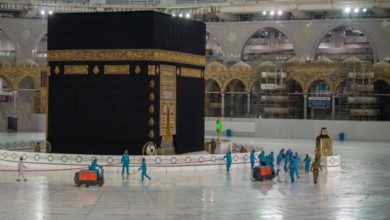 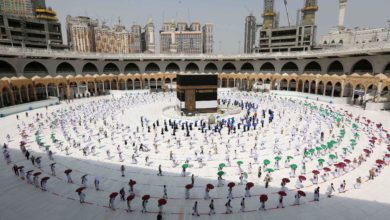 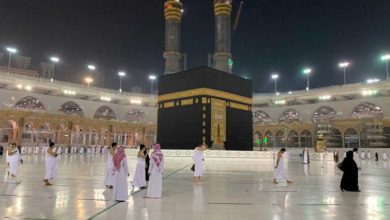