Saudi billionaires are racing to get their assets out of the kingdom before officials seize $800 billion of funds.

Some of Saudi Arabia’s richest families are in talks with banks and asset management companies to shift their fortunes so that their money and properties are not captured by the anti-corruption sweep.

So far at least 11 princes and 38 former government ministers have been detained in the crackdown ordered by Crown Prince Mohammed bin Salman, though there are said to be more names on the hit list.

They have all had their bank accounts frozen and risk having their assets and properties seized by the government as it attempts to flush out fraud in Saudi Arabia. 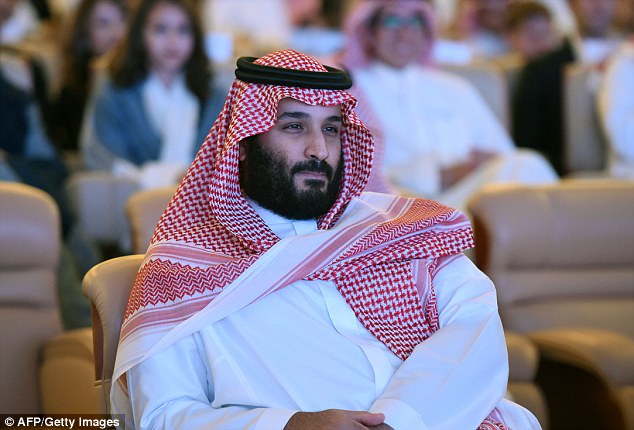 While some wealthy Saudis are selling investments in neighbouring countries to turn them into cash or liquid holding overseas, according to half a dozen sources close to the trade deals who talked to Bloomberg.

The uncertainty in the region has also had an impact on investors, who are selling off their stock pushing the indexes lower.

On Tuesday, Gulf investors sold $92.5 million worth of Dubai stocks, the most since February.

As the net is cast wider by government officials, the hierarchy are said to be eyeing up cash and assets worth around $800billion, according to Wall Street Journal who quoted sources close to the matter.

It is believed the number of those detained has now reached more than 60, but that the government is watching more notable figures.

The Saudi information ministry stated the government would seize any asset or property related to the alleged corruption.

Meanwhile, in an astonishing move, Saudi Arabia princes fleeing the purge have been offered asylum in Yemen by the same rebels they are bombing.

Houthi rebels have made the offer of political asylum to princes and a source told Al Jazeera on Tuesday that any Saudi prince or national seeking refuge would be ‘welcomed’ by Yemen, their ‘brotherly neighbour’.

‘We are ready to offer sanctuary to any member of the Al Saud family or any Saudi national that wants to flee oppression and persecution,’ the source said.

The Saudi information ministry yesterday sought to reassure investors the sweeping anti-corruption purge would not affect businesses, including those with ties to arrested suspects, as authorities appeared to widen the crackdown.

Dozens of high-profile figures including princes, ministers were arrested at the weekend in the biggest purge of the kingdom’s elite in modern Saudi history.

‘It is worth clarifying that concerned individual accounts rather than their corporate businesses have been put in suspension until final court rulings,’ central bank chief Ahmed Abdulkarim AlKholifey said in a statement.

‘It is business as usual for both banks and corporates,’ he said, adding that there were no restrictions on money transfers through legal banking channels.

Separately, Saudi commerce minister Majid al-Qasabi said that companies, including those owned by the arrested elites, will be accorded ‘full protection’ under the law.

Local media has reported new arrests of well-known businessmen since the weekend crackdown, including Naser bin Aqeel al-Tayyar, the founder of one of Saudi Arabia’s biggest travel companies

In a statement to Saudi stock exchange, his company said it was aware of reports of Tayyar’s arrest, adding it confirms the ‘continuation of business to serve the interests of shareholders and customers’.

With the purge, which analysts describe as a bold but risky power play, Crown Prince Mohammed bin Salman appears to have centralised power to a degree that is unprecedented in recent Saudi history.

US President Donald Trump has voiced support for the crackdown, saying some of those arrested had been ‘milking their country for years’.

Saudi: Plans begin for August 30 ‘back to school day’

Trump to impose US ban on WeChat, TikTok in 45 days