Vox Cinemas, owned by Dubai’s Majid Al Futtaim, announced it has received a licence to operate cinemas in Saudi Arabia and will open a four-screen multiplex theatre in Riyadh in the ‘coming days’.

Vox is investing 2 billion riyals to open 600 screens in the next five years. 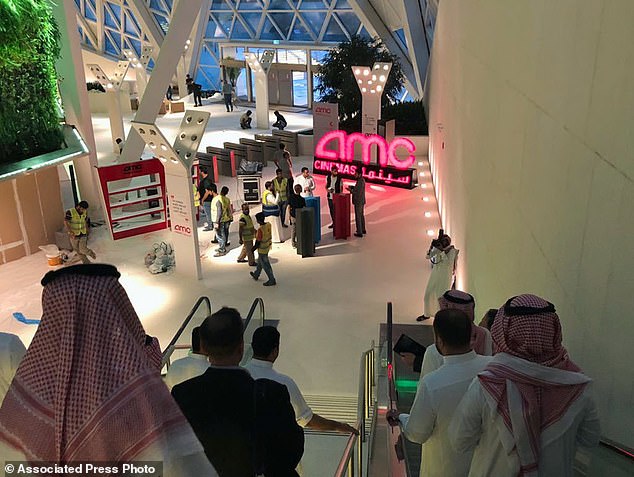 The social reforms undertaken by the 32-year-old heir to the throne are part of his so-called Vision 2030, a blueprint for Saudi Arabia that aims to boost local spending and create jobs amid sustained lower oil prices.

The Saudi government projects that the opening of movie theaters will contribute more than 90 billion riyals to the economy and create more than 30,000 jobs by 2030.

AMC has partnered with a subsidiary of Saudi Arabia’s sovereign wealth fund, known as the Public Investment Fund, to build up to 40 AMC cinemas across the country over the next five years.

Saudi Arabia had already started gradually loosening restrictions on movie screenings in the past few years, with local film festivals and screenings in makeshift theaters. 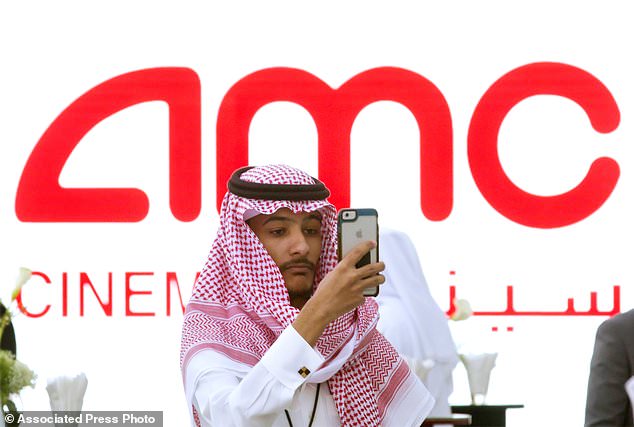 For the most part, though, until now Saudis who wanted to watch a film in a movie theater had to drive to nearby Bahrain or the United Arab Emirates for weekend trips to the cinema.

In the 1970s, there were informal movie screenings but the experience could be interrupted by the country’s religious police, whose powers have since been curbed.

Jamal Khashoggi, a dissident Saudi writer, describes the theaters of the 1970s as being ‘like American drive-ins, except much more informal.’

In an opinion piece for The Washington Post, he wrote that a friend once broke his leg at a screening in Medina when he jumped off a wall to escape the religious police and avoid arrest.

By the 1980s, movie screenings were largely banned unless they took place in private residential compounds for foreigners or at cultural centers run by foreign embassies.

Access to streaming services, such as Netflix, and satellite TV steadily eroded attempts by the government to censor what the Saudi public could view.

By 2013, the film ‘Wadjda’ made history by becoming the first Academy Award entry for Saudi Arabia, though it wasn’t nominated for the Oscars.

Safety tips for motorists in the Middle East – Continental