A Saudi Arabian diplomat has escaped prosecution after he opened his door while parked in a cycling lane and killed a passing biker.

The cyclist landed on his head after colliding with the door of the diplomat’s $120,000 Porsche.

Identified only as Michael E., aged 55, his family are demanding justice.

His wife Marina, 53, said: ‘It cannot be right that someone can take a life like this and get away with it. It means nothing to me that he is diplomat. He should receive the correct punishment.’

But a spokesman for Berlin police said after Tuesday’s accident: ‘Our hands are tied. We cannot take away his diplomatic immunity. ‘ 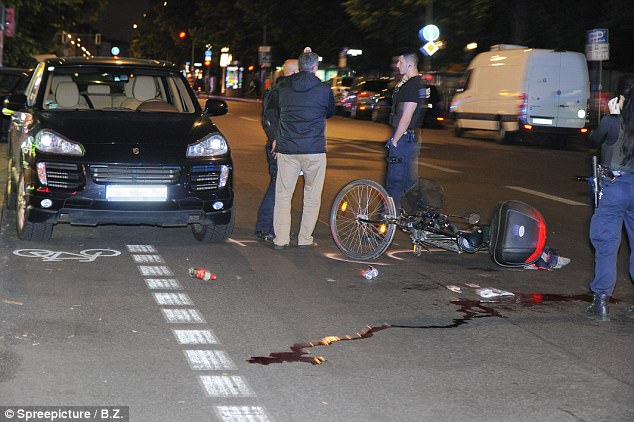 Hundreds of bikers led by the mayor of the Berlin district of Neukölln arrived at the spot where roofer Michael died on Thursday evening to light candles and lay flowers.

A spokesman for the German foreign office said a note had been sent to the Saudi Arabian embassy asking for clarification about the diplomat and his role at the embassy.

The Saudis said in a statement from the embassy; ‘It was with great dismay that we learned of the tragic accident. We are in close contact with the foreign office. On behalf of the Saudi Embassy, we would like to express our heartfelt condolences to the departed family members of the deceased. ‘ 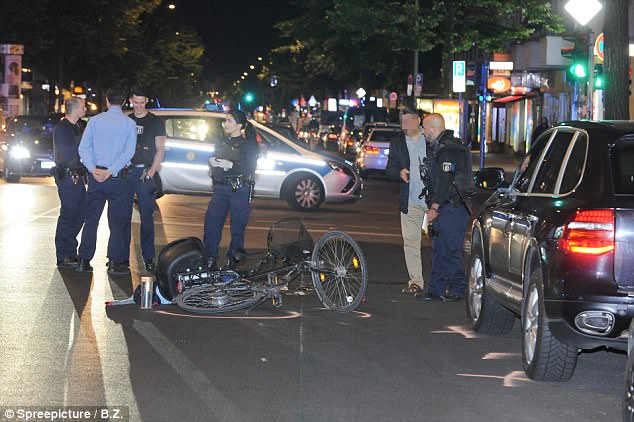 Popular daily Bild on Friday asked its readers to vote on whether diplomats should continue to enjoy immunity and said: ‘If the investigation results in the guilt of the diplomat he must lose his job at the embassy and be sent back to to Saudi Arabia.
Diplomats of all nations violated traffic rules in Berlin nearly 23,000 times in 2016, according to official figures.