Saudi’s King Salman has gone on holiday in a still-undeveloped £380billion mega city billed as a Middle East silicon valley.

The 82-year-old has arrived in NEOM, a city that his son, Crown Prince Mohammed bin Salman, has pledged to build from scratch in the remote northwest.

It is an unusual holiday destination for King Salman, who in summer can often be seen in exotic locations such as the French Riviera, Marbella in southern Spain and Tangier, Morocco. 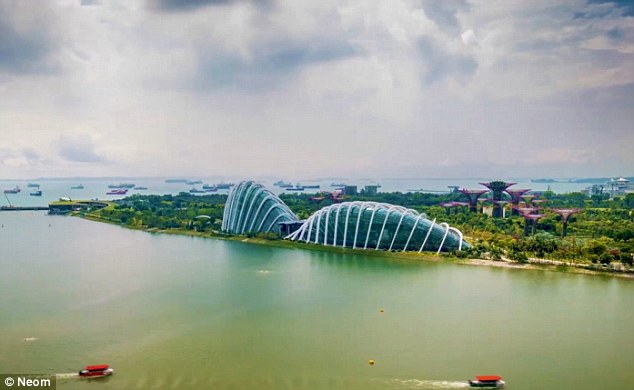 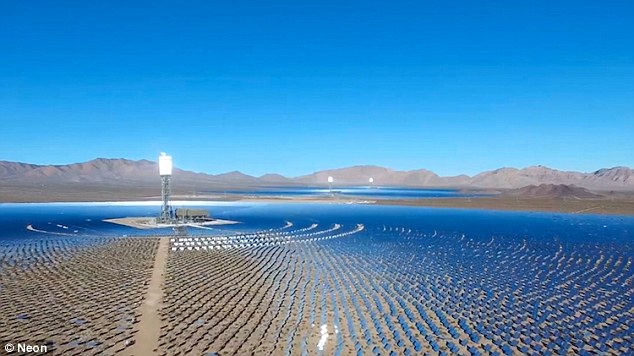 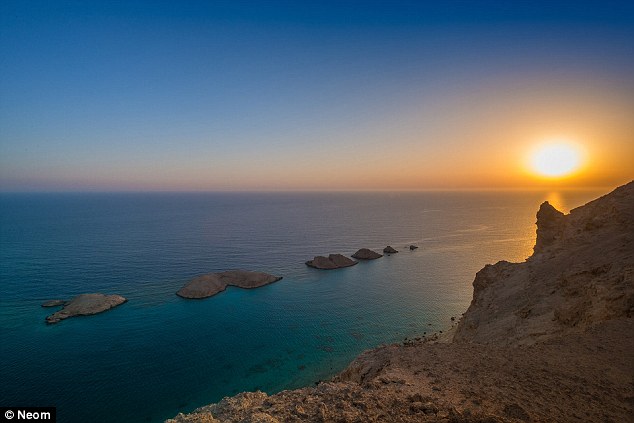 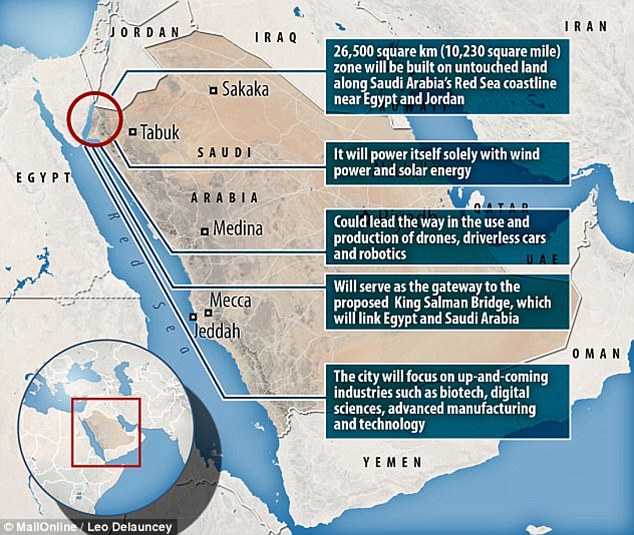 The city will be built along the country’s Red Sea coastline near Egypt and Jordan and could lead the way in the use of drones, driverless cars and robotics.

Authorities have revealed few details since then and while some companies, including Japan’s Softbank, have said they are prepared to invest in NEOM, major, concrete business ventures have not yet been announced.

The king ‘has arrived in NEOM, where he will spend some time in rest and recreation’, the official Saudi Press Agency said in a brief statement.

It was unclear where the king would stay in the still unbuilt area that remains off limits to civilians.

However, in February, sources told Reuters that the government had asked local construction companies to build five palaces for the king, crown prince and other senior royals on the Red Sea coast about 95 miles west of the city of Tabuk. These would be among the first contracts awarded for NEOM. 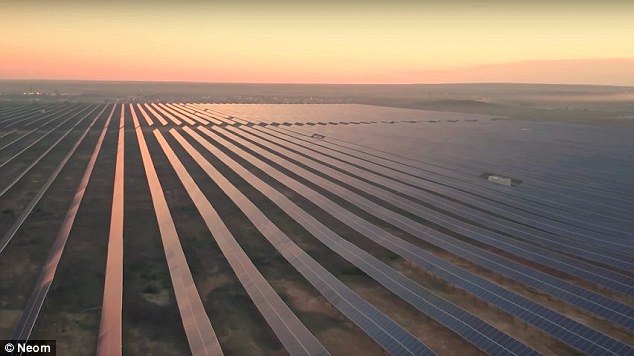 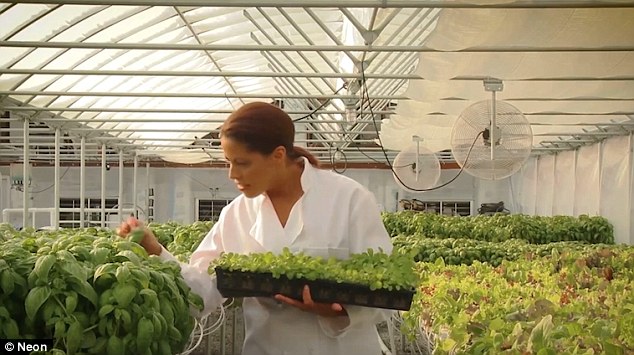 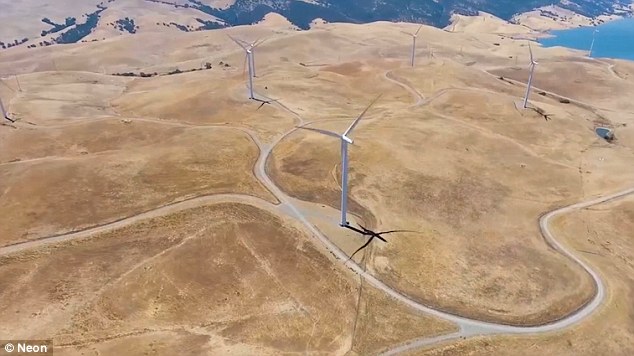 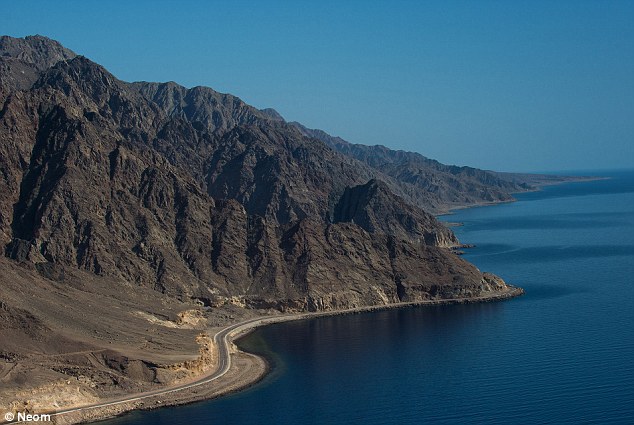 A design document seen by Reuters shows opulent buildings with modern and traditional Moroccan-style architecture featuring Islamic designs and colourful ceramic tiles. The complex of palaces is set to include helipads, a marina and a golf course.

The royal court did not immediately respond to questions about the current status of construction in NEOM, which is largely inaccessible to civilians. At least some of the palaces are believed to have been completed in a matter of months, at undisclosed cost.

The Saudi government says NEOM – billed as a regional silicon valley – will draw investments worth $500 billion from the kingdom’s vast Public Investment Fund, as well as local and international investors.

The zone will be adjacent to the Red Sea and the Gulf of Aqaba, and near maritime trade routes that use the Suez Canal.

The land mass will extend into Egypt and Jordan, making it the first private zone to cover three countries. 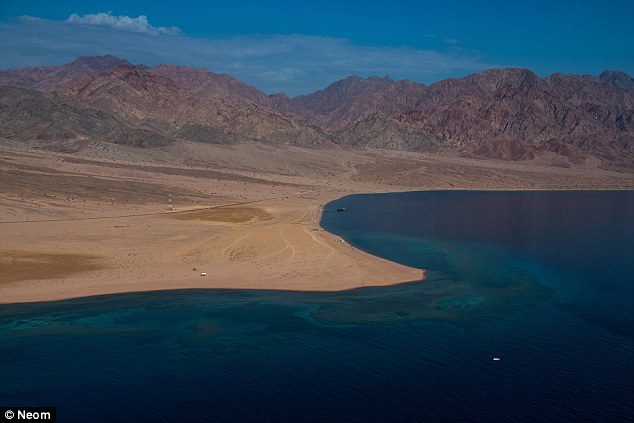 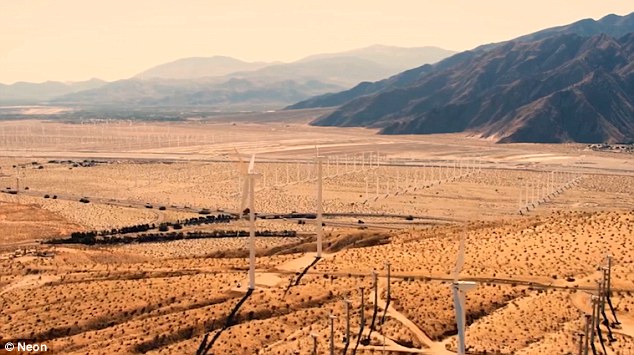 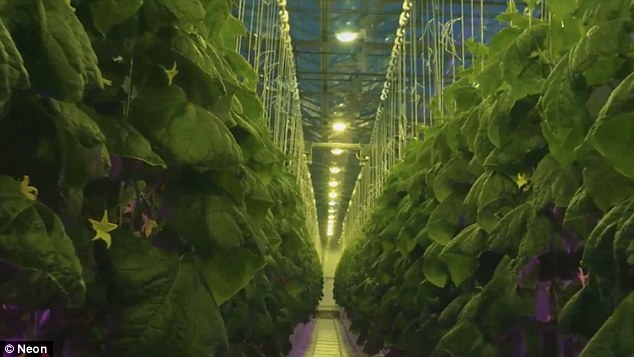 Plans call for robots to perform functions such as security, logistics, home delivery, and caregiving and for the city to be powered solely with wind and solar power

The area will serve as a gateway to the proposed King Salman Bridge, which will link Egypt and Saudi Arabia, the PIF said.

Saudi Arabia’s border with Jordan touches the northern end of the Gulf of Aqaba, near the Israeli city of Eilat. It also sits opposite Egypt, across the Straits of Tiran.

Saudi Arabia, the world’s top oil exporter, has dazzled investors with a host of hi-tech ‘giga projects’, but sceptics question their viability as the kingdom scrambles to diversify its economy in an era of cheaper oil.

The projects, unprecedented in their scale and ambition, could create funding pressures as the government faces a yawning budget deficit and growth in the kingdom’s non-oil economy remains slow, analysts say.

Earlier this month, Saudi Arabia replaced the first CEO of NEOM, Klaus Kleinfeld, less than a year after the unveiling of the venture.

Nadhmi al-Nasr, a member of NEOM’s founding board and a veteran of state oil giant Saudi Aramco, will take over from Kleinfeld from August 1, the government said.

Facial recognition system to be introduced to Dubai’s public transport

Oman: Remote learning for all students, except Grade 12

Over 263,000 expats left Oman from January to September

Nearly 9,000 flee homes in Philippines as Molave intensifies into typhoon