As many as 466,000 expatriate workers left on exit visas during the last quarter of 2017, according to the General Authority for Statistics (GaStat).

As many as 100,000 Saudi men and women entered the labor market during the same period.

The authority, in a labor market bulletin, said that 3.16 million Saudi employees were working in the public and private sectors by the year end while the number of expatriate workers came down from 10.88 million in 2016 to 10.42 million by the end of 2017.

The bulletin said that about 53.3% of Saudi men and women job seekers were university graduates.

It said the total number of employees in the Kingdom was 13.58 million consisting of 11.52 million men, representing about 84.8% and 2.06 million women representing 15.2 percent.

According to GaStat, there were 9.94 million Saudi and expatriate workers registered with the General Organization for Social Insurance (GOSI), representing about 73.2% of the entire number of employed people. 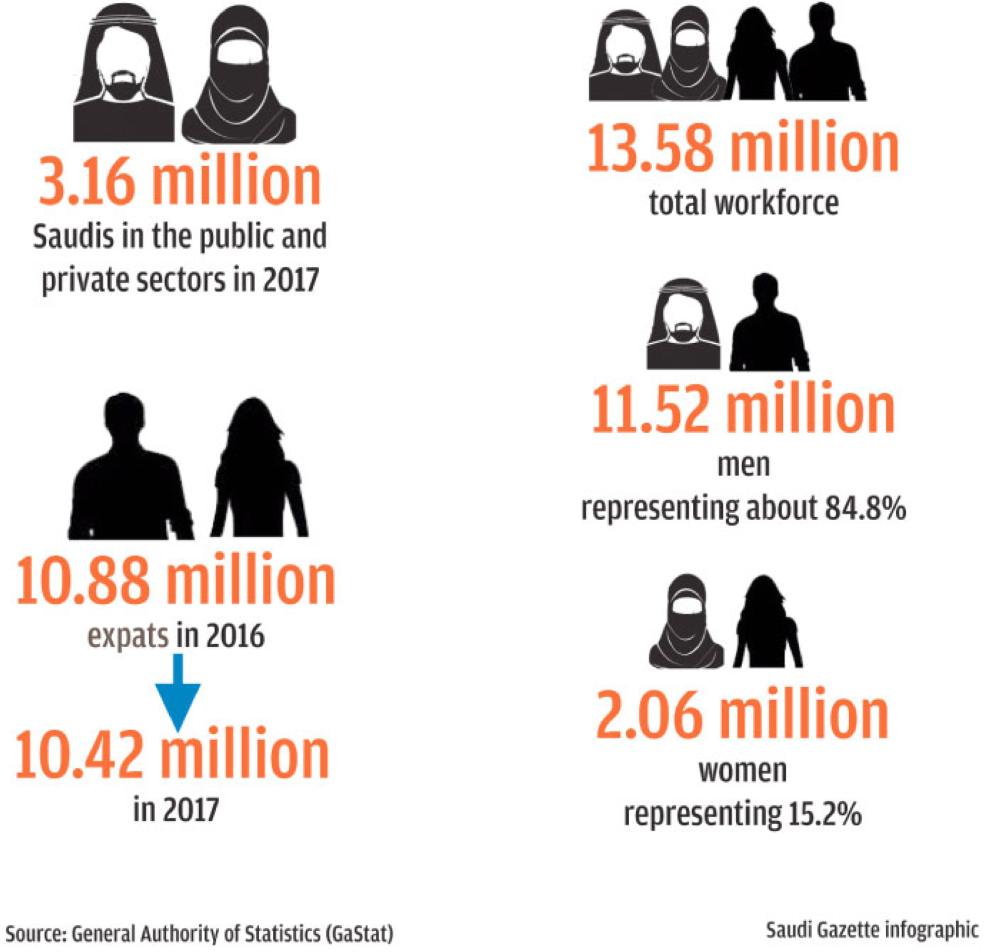 It said the rate of unemployment especially among people who were 15 years of age or more rose to 6% in the fourth and final quarter of 2017 from 5.8% in the third quarter.

The bulletin said unemployment among Saudis during the fourth quarter of last year was 12.8% which was the same ratio during the third quarter of the year.

It said the majority of employed Saudis were in the age group of 30-34 years representing about 17.8% while 19.6% of employed women were aged between 35-39 years.

According to the survey, 8.81 million (64.9%) of employed people were living in Riyadh, Makkah and the Eastern Province, of whom about 27.5% were Saudis.

Saudi: No More Expats In Dentistry Jobs From March 2020

Saudi: Around 75% of Jobs Are Controlled By Expats