Prince Mansour bin Moqren was among government officials on board the chopper that crashed in Asir Region, Saudi Arabia

A Saudi prince was killed when a helicopter crashed near the southern-border they share with Yemen on Sunday.

Prince Mansour bin Moqren, deputy governor of Asir province, was among several government officials on board the aircraft that crashed in the Air Region, Saudi Arabia.

News channel Al-Ekhbariya announced the death but did not release what the cause was.

On late Sunday afternoon, the helicopter went off the radar. It was at first unknown how many were on the flight  but multiple people have been said to be dead.

According to local newspaper Okaz, officials had been taking a tour of the area when the aircraft went down. 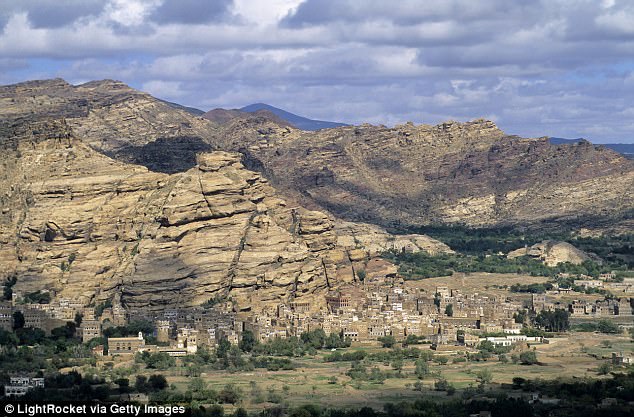 According to local newspaper Okaz, officials had been taking a tour of the area when the aircraft went down

The crash follows a day after a ballistic missile launch that was fired at an airport in Riyadh, the capital of Saudi.

The prince was the son of Muqrin bin Abdulaziz Al Saud – who was the crown prince of Saudi Arabia from January to April in 2015.

He married a daughter of Prince Saud bin Fahd Al Saud in 2013 and two years later he was appointed Advisor to the Custodian of the Two Holy Mosque as a minister.