A Saudi prince worth $20 billion swapped his 280ft superyacht for a rather awkward-looking bike trip as he holidayed with his family in Turkey.

The Prince, 62, wore only bright yellow shorts, matching shoes and a pair of sunglasses as he pedalled through the tourist hot spot. 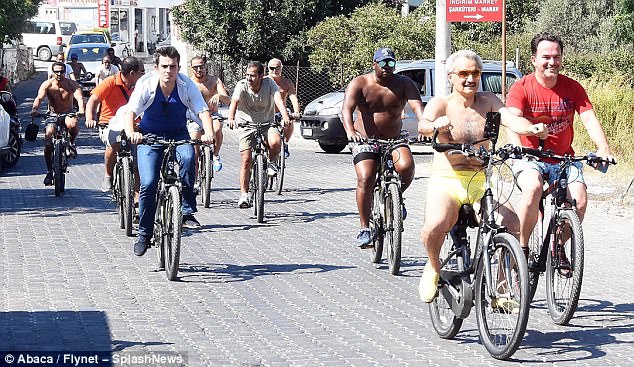 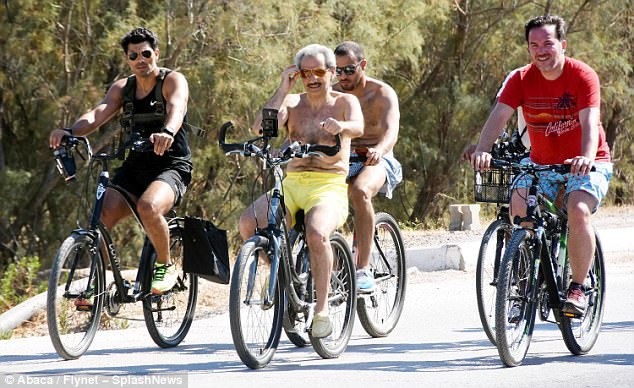 He looked calm and collected as he fronted the group of around a dozen riders.

He took one hand off the handlebars to point out various sights on the route – and hopped out of the saddle to grab a drink during a refreshment break.

The Prince is more often spotted on his superyacht than on two wheels.

The yacht, called Kingdom 5KR, is 282ft long, accommodates 22 guests and 31 crew, and has a helicopter, swimming pool and cinema screen.

It used to be owned by Donald Trump and also appeared as the Flying Saucer, the yacht of James Bond villain Largo in Never Say Never Again. 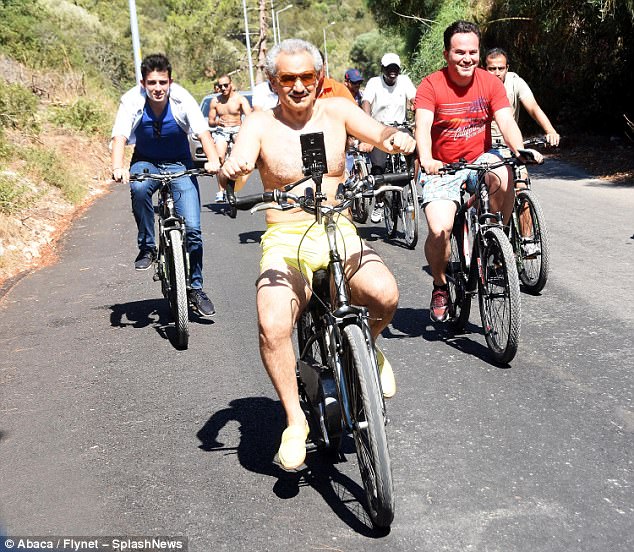 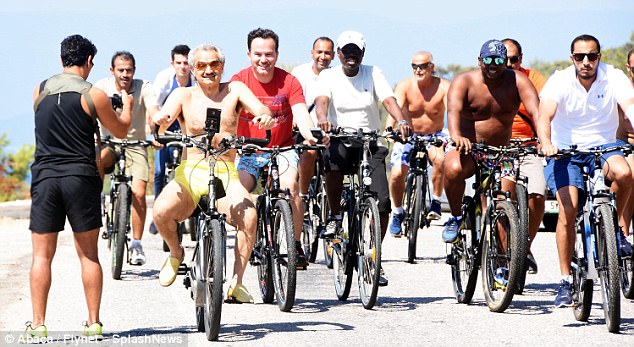 The Prince bought the yacht in 1991 for $40million, and renamed it Kingdom 5KR after his investment company Kingdom Holdings, his lucky number 5 and the initials of two of his children.

Its maximum speed is 20 knots with a cruise speed of 17 knots. The exterior is painted beige to emulate the colour of Arabian sands.

And the yacht is not the only luxury mode of transport the Prince is used to zipping around in. 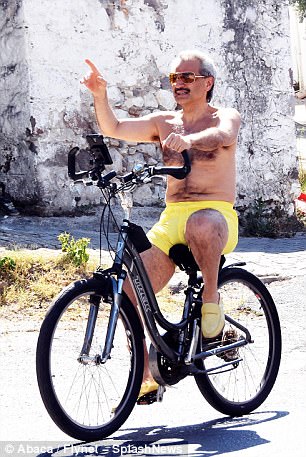 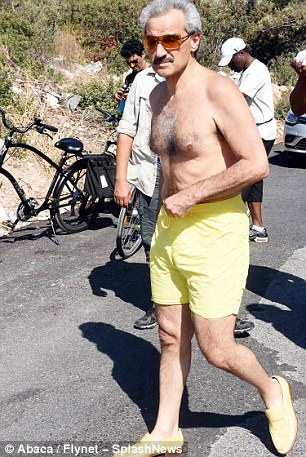 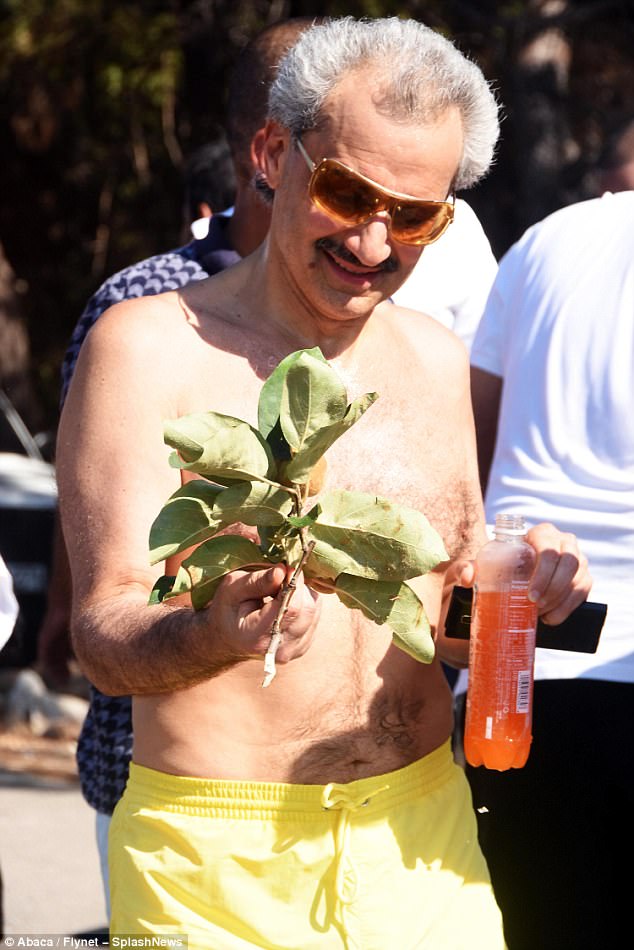 A private jumbo jet flying the Prince and his family to their getaway landed at the Milas-Bodrum Airport under tight security measures.

The family got into six VIP cars and were escorted to the city centre by two police vehicles.

A removal truck carrying around 30 bicycles and an extravagant 300 suitcases completed the convoy.

The billionaire has shares in private and public companies in the US, Europe and the Middle East through his company, Kingdom Holding. 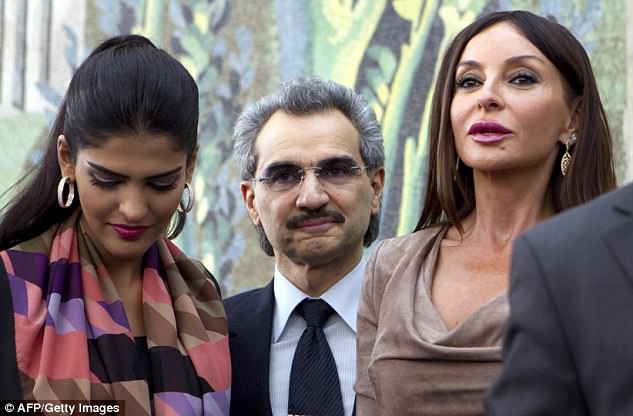 Oman’s economy is in much better shape than recent IMF forecasts...