Saudi Arabia is insisting a missing journalist who disappeared while visiting the kingdom’s consulate left the building before vanishing.

Jamal Khashoggi, who has been vocal about his criticisms of Crown Prince Mohammed bin Salman’s policies, disappeared when visiting Saudi’s Istanbul consulate on Tuesday afternoon.

The Saudi journalist went inside the building yesterday while his fiance waited outside to get proof of divorce from his previous wife so he could remarry in Turkey.

His fiance, Hatice Cengiz, was left waiting for him to come out, but he never emerged from the compound, which has been sealed off with barricades. 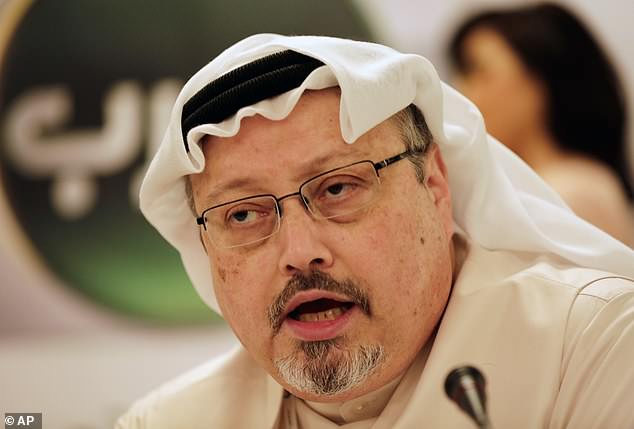 Saudi journalist Jamal Khashoggi wrote last year following his self-imposed exile, ‘I have left my home, my family and my job, and I am raising my voice’ 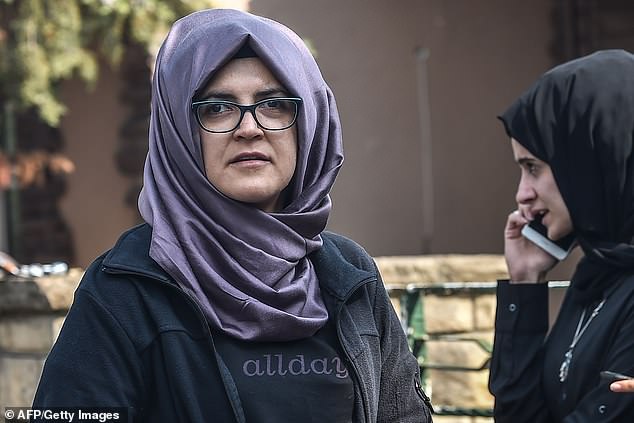 The 36-year-old said she believes he is still inside and yesterday friends of the Washington Post columnist also thought Mr Khashoggi was still within the consulate’s walls.

But a statement published by the state-run Saudi Press Agency, insisted he disappeared after leaving the diplomatic post.

It said: ‘The consulate confirmed that it is carrying out follow-up procedures and coordination with the Turkish local authorities to uncover the circumstances of the disappearance of Jamal Khashoggi after he left the consulate building.’

The statement comes after a spokesman for Turkish President Recep Tayyip Erdogan told reporters Wednesday night that authorities believed the journalist was still there.

Ibrahim Kalin said: ‘According to the information we have, this person who is a Saudi citizen is still at the Saudi Consulate in Istanbul. We don’t have information to the contrary.’ 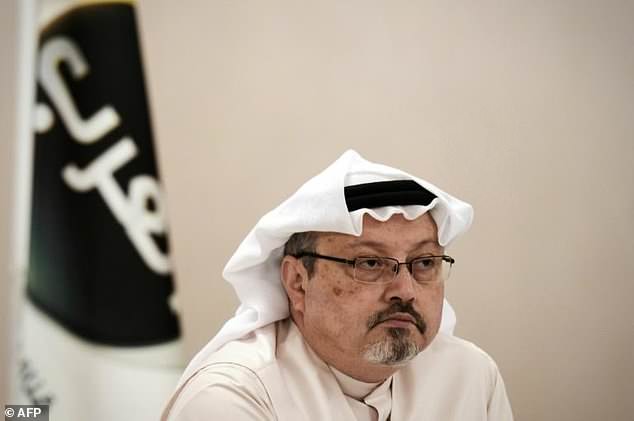 Turkish authorities reportedly contacted their Saudi counterparts at around 9pm on Tuesday night to say that security forces had surrounded the consulate.

It said in a tweet that Adel Merdad, the Saudi undersecretary for political and economic affairs, had talks with Turkish Ambassador Erdogan Kok in Riyadh.

Earlier today, Turkish sources said the Saudi envoy was called in on Wednesday for consultations over the whereabouts of the veteran journalist after a Saudi envoy told Turkish officials he had no information about Khashoggi, Turkish broadcaster NTV reported. 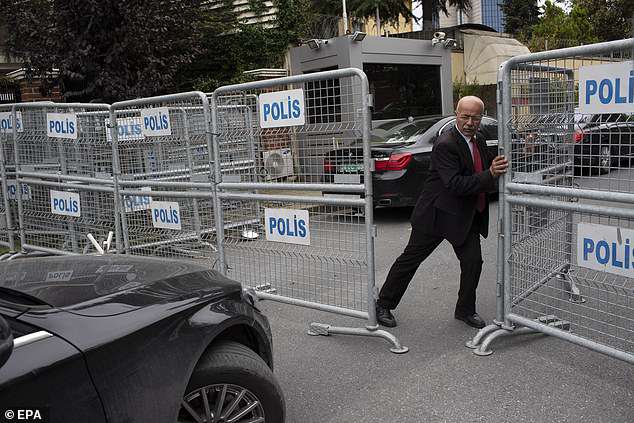 While still waiting outside for information his finance told reporters: ‘I don’t know what’s happening. I don’t know if he’s inside or if they took him somewhere else.

‘He is a well-known writer, an internationally recognised writer not only in the United States but in Germany, Britain and the European Union.’ 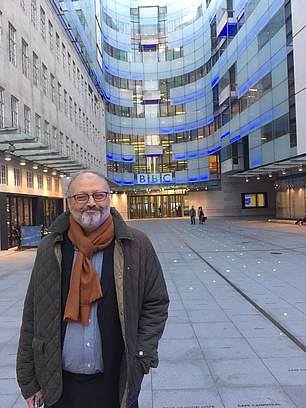 Since Mr Khashoggi’s exile he has written columns in the Post criticising Saudi Arabia’s policies towards Qatar and Canada, as well as the crackdown on the media and activists.

The 59-year-old journalist was a former government adviser who went into self-imposed exile in the United States last year to avoid possible arrest and has been critical of some of the policies of Saudi Crown Prince Mohammed bin Salman and Riyadh’s intervention in the war in Yemen after initially supporting the military action.

During his career as a journalist, Mr Khashoggi interviewed Al Qaeda leader Osama bin Laden several times in Afghanistan and Sudan, and served twice as editor of Al Watan newspaper. 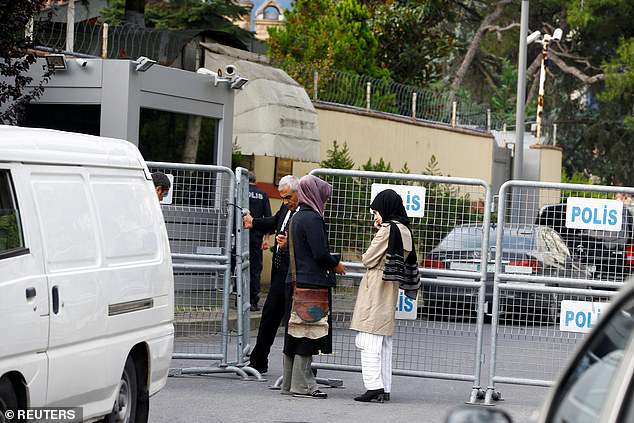