A women’s rights activist who was detained for 73 days for openly defying Saudi Arabia‘s female driving ban has been arrested again.

Loujain al-Hathloul, 27, was arrested on June 4 at King Fahd International Airport in Dammam, Saudi Arabia, though authorities have not revealed why she was taken into custody.

Hathloul has been denied access to a lawyer or her family, human rights group Amnesty International said. 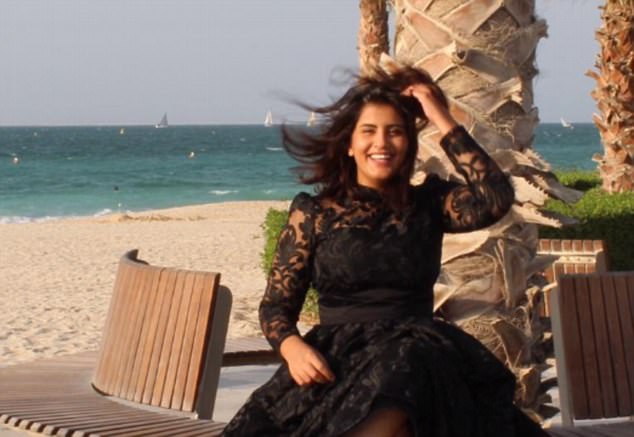 She is expected to be taken to Riyadh later on Tuesday, where she will be interrogated by prosecutors, according to BBC.

Hathloul, who studied at the University of British Columbia, was arrested in 2014 after she tried to drive into Saudi Arabia from neighboring United Arab Emirates, flouting the ban on women motorists.

Saudi Arabia is the only country that forbids women from driving. It is not illegal to drive in the country, but only men are given driving licences and women risk fines and arrests if they get behind the wheel.

When Hathloul was arrested in 2014, UAE-based Saudi journalist Maysaa Alamoudi was also arrested as she arrived at the border to support the activist. 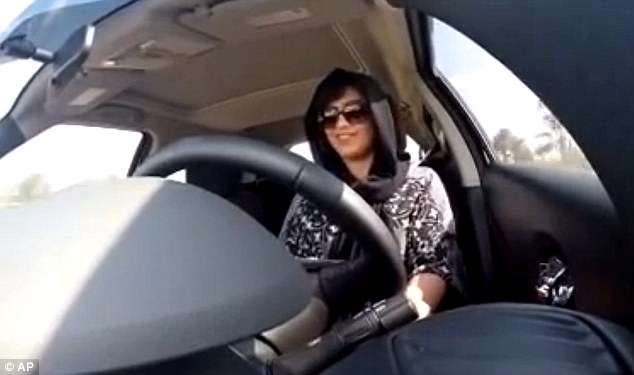 Campaigners said investigations surrounding the women appeared to focus on their social media activities rather than their driving.

In October 2014, dozens of women posted images online of themselves behind the wheel as part of an online campaign supporting the right to drive.

In response, the Ministry of Interior said it would ‘strictly implement’ measures against anyone undermining ‘the social cohesion’.

Activists say women’s driving is not technically illegal but that the ban is linked to tradition and custom in the conservative kingdom.

Upon being released from prison, Hathloul ran for public office in 2015 – the first election in which women were able to vote or stand as candidates.

Her name, however, was never added to the ballot.

Saudi law is based on one of the most conservative interpretations of Islamic Shariah, and no other Muslim countries enforce such strict guardianship measures. 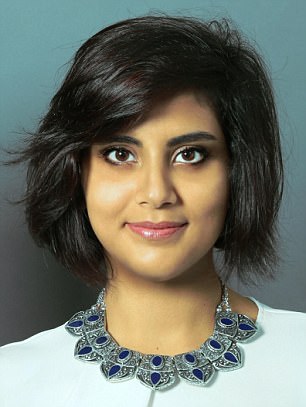 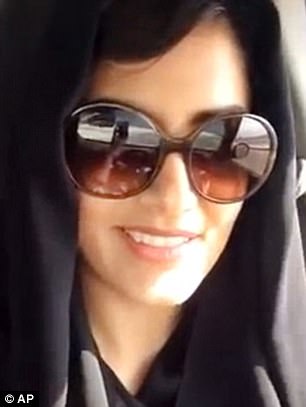 She is expected to be taken to Riyadh later on Tuesday, where she will be interrogated by prosecutors.

There have been some marginal improvements in women’s rights in the kingdom in recent years. In a rare step to partially rein in guardianship, King Salman last month ordered government agencies to stop demanding guardians’ permission beyond the areas where the law actually requires it.

Under Saudi law, the guardian’s permission is required for a woman to get a passport, to travel abroad or to marry.

It is also often demanded whenever a woman tries to do any number of things, including rent an apartment, buy a car, undergo a medical procedure or take a job. As a result, women are consigned to the legal status of minors.

Guardianship was a major reason for outrage when Saudi Arabia in April was elected to a UN commission tasked with promoting gender equality and women’s empowerment.

The kingdom was nominated to the post by the Asia-Pacific region, and normally nominees are rubber-stamped automatically.

In this case, the US requested a secret ballot vote, a move seen as a symbolic objection, though the kingdom won with 47 out of 54 votes.