RIYADH, Saudi Arabia (AP) – Green lipstick, blue lipstick and 40 shades of foundation to choose from are just some of the reasons 18-year-old Shahad al-Qahtani is excited about superstar Rihanna’s makeup line debut in Saudi Arabia.

Rihanna, known worldwide for her chart-topping songs and daring, provocative style, is wildly popular among the Saudi women coveting her new makeup line called “Fenty.” Rihanna and other celebrities like Kim Kardashian who experiment boldly with their hair color, makeup and clothes have become household names in Saudi Arabia, where fans can follow their every move on social media sites like Instagram and Snapchat.

Even though most women will cover their face and hair in public, makeup sales are one of the biggest spends among Saudi women. This is in part because of the increasing number of Saudi women joining the workforce who now have their own salaries to spend from.

“As Gulf women, we love beautiful things. We don’t need an occasion for it,” said Najla Sultan bin Awwad, a mother of two in her 30s who started working for the first time last year at Sephora.

“We’re in an era where women are basically not even leaving the house without fake eyelashes on. We’ve started opening up in the Gulf and you’ll see women who cover their faces putting on colored contact lenses, eyelashes and drawing their eyeliner the way they want,” said bin Awwad, who spoke from behind a face veil that showed her eyes rimmed with smoky eye shadow.

Before working at Sephora, she said she used to spend nearly all her money on makeup.

“The reason my husband agreed to me working is because he sees how much I love makeup and how much I used to spend on it,” she said, laughing.

According to marketing research group Euromonitor International, rising employment rates, especially among women, have increased the affordability of beauty and personal care products, and encouraged consumers to spend more. Retail sales in Saudi Arabia on makeup rose from $410 million in 2012 to $576 million last year, said the report. 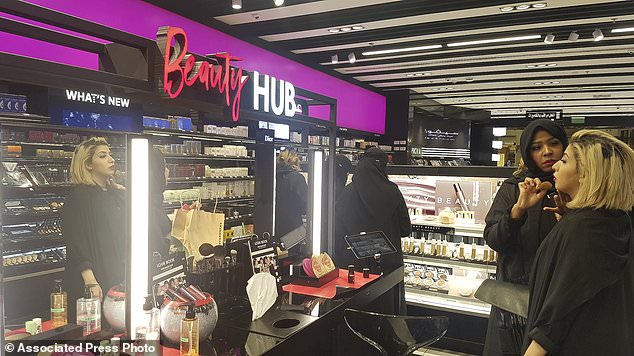 COVID-19: Singapore plans a contact tracing device for all to wear