Being invited to New York by BMW Group Middle East to drive their latest luxury sports compact SUVs is a pretty nice invitation and I was one of a select few journalists from the Middle East to be invited. Now that’s an honour! It’s a long way to travel but who cares that it’s a 17-hour journey – this was an opportunity I wasn’t going to refuse and two cars I wanted to get behind the wheel of.

And, not only did I have the opportunity to experience these monster sports SUVs, and of course experience New York, but also to meet, question and learn from some of the experts behind these vehicles; Herbert Bayerl, Christian Flessa and Marcus Engelke. These were the brilliant expert engineers and project managers who dedicated years of their lives in creating the vehicles I’d be driving over the next couple of days.

The “M” badge on a BMW makes it special. “M” (for Motorsport) was created for BMW’s racing program back in the 1960s. BMW now use the M badge to signify models that have substantially improved sporting performance. So, the X3 M and X4 M are performance versions of BMW’s existing X3 and X4.

We were lead to a fleet of South Carolina-made sparkling new X3 and X4 M’s with the South Carolina plates to match, each looked aggressive and extremely muscular. They quite simply look fast and powerful, not that BMW has anything to prove here. We were given the keys to the Competition trim models which are the sportiest of the range.

The X3 M and X4 M share the same 3.0-liter twin-turbocharged inline-six mated to an eight-speed Steptronic auto transmission with all-wheel drive, these provide 510 horsepower to Competition models and 480 horses for the base M models, with 442 pound-feet of torque for both… All this enables acceleration from zero to 100 kph in just a hairsbreadth over 4 seconds. That’s quite a statement for an SUV. The Competition trim of the X3/X4 M offers an extra 30 horses under the bonnet, 21” instead of 20” wheels and few visual upgrades – not a huge difference, but when you’re on a racetrack you want as much horsepower as you can get!

Only the best fine materials are used in the interiors, and comfortable Merino leather sport’s seats keep driver and passenger in position during hard cornering (as I was about to find out).

Both cars offer BMW’s latest iDrive – an intelligent, quick and easy-to-use in car entertainment and communication system and Apple CarPlay comes as standard. The Germans didn’t mess around with sound system too, at one point (I got carried away) the car sounded something similar to an Ibiza super club with my tech/house playlist on the Harman Kardon hi-fi speakers.

There are all sorts of settings for the steering, suspension, engine, transmission, stability control, and all-wheel drive system. Adaptive cruise control and autonomous emergency braking come as standard, if you want to make the exhaust louder, there’s even a button for that… which I left switched on the whole time – it just sounded so good. The sport driving mode makes it all more fun and drastically changes how the car drives… and despite the sheer power of this car, when in normal driving mode, it drives smooth for everyday driving.

We took a 2-hour drive to Monticello Raceway – a private race track in southern New York state which is an awesome yet tricky track, with some tough blind turns that creep up on you and would probably leave you hitting a wall if you didn’t first learn the track. Taking the X4 on the track really changed my perspective about what an SUV can do. BMW’s advanced engineering provides a wide spread between Comfort and Sport+ modes so the driver can adapt the vehicle to their favourite driving style. I kept forgetting that I was driving an SUV as it handled like a supercar, and because you’re in a well isolated in the cabin you’ll easily lose track of speed and hit 200kph thinking you’re doing maybe half that. 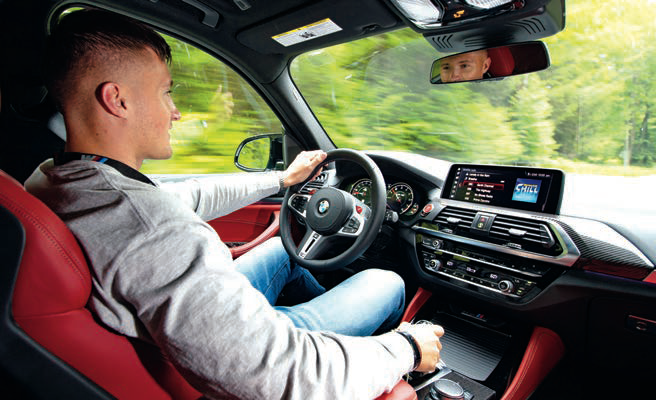 Steering was at all times precise and sensitive. In fact, I’d say it’s the best steering of any SUV I’ve ever driven in that I could feel the road so well.

Appearance wise, the X3 differs from the X4 in that it has a more conventional SUV shape, while the X4 is a coupe with a low, sloping roof. The X3 offers lots of room inside, and that includes good headroom (I’m over six foot). The X4 sacrifices some of this space for its sportier shape. My own personal preference is the X4 because of its sleek styling at the rear, though I’m sure many will prefer the more traditionally shaped X3 for its extra space. I loved the Toronto red colour of the X4 M too.

Not so long ago, an SUV was a purely practical vehicle used by practical people who needed space and offroading capabilities. But over time they have become increasingly more stylish, luxurious, and sporty. Few would have even fathomed a 510-horsepower luxury SUV. It would have been considered far too powerful – and impossible. But now it’s a reality.

The cars will be available in Bahrain from August 2019. 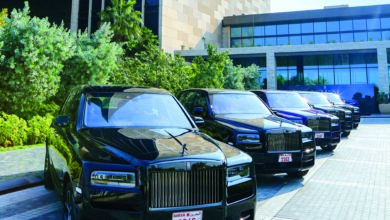 The Cullinan Black Badge – A Luxury Penthouse on Wheels 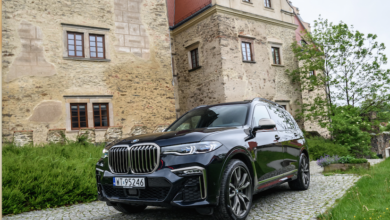 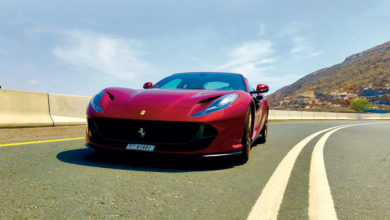 A Tale of Two Extremes – Piloting Ferrari Portofino and 812 Superfast 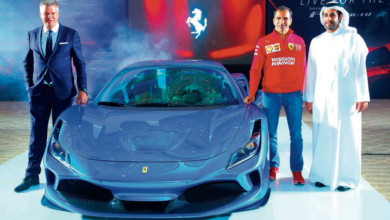