Turkey’s president has described as disrespectful a demand by Saudi Arabia and its allies that it withdraw its troops from Qatar as a step towards ending a deepening dispute with the besieged Gulf state. 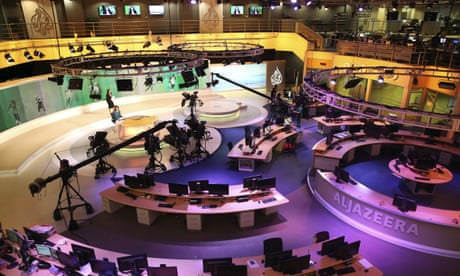 Two days after the demand was made, Recep Tayyip Erdoğan instead reiterated his support for Qatar and described the 13 demands levelled at the Gulf country as preconditions to restore relations as being “against international law”.

“To ask Turkey to pull out its troops from Qatar is firstly disrespectful behaviour towards us,” he said in Istanbul on the first day of a three-day holiday to mark the end of Ramadan. “We don’t need permission from anyone to establish military bases among partners. We endorse and appreciate Qatar’s stance towards the 13 demands. It’s a very, very ugly approach to try to interfere with our agreement.

Sharply escalating the worst diplomatic crisis among Gulf allies in decades, the Saudi led-alliance on Friday gave Qatar 10 days to comply with a list of demands, which included closing the state-funded broadcasting network, al-Jazeera, scaling back contact with Iran, removing Turkish troops from its soil and severing ties with the Muslim Brotherhood.

Qatar has said it will not comply with the demands, and Erdoğan’s endorsement appeared to entrench Doha’s position – setting the scene for a showdown on 3 July.

Saudi Arabia has not spelled out what it intends to do if the tiny nation refuses to align its foreign policy with that of its powerful neighbour and its allies. Riyadh and the Gulf Cooperation Council (GCC) have already imposed a land, sea and air blockade of Qatar, strangling trade and forcing food shortages. The Saudi stance has become gradually more pointed, with senior ministers across the region accusing the Qatari ruling family of licensing the support of terrorism for decades.

Speaking in Abu Dhabi on Saturday, the UAE minister of state for foreign affairs, Dr Anwar Gargash, said the alternative to agreeing to terms with its neighbours would be “parting ways”.

“Is Qatar ready for a new life without ties to KSA [Saudi Arabia], UAE and Bahrain? For a policy isolating it from its environment for the sake of supporting extremism?” he asked.

“To prefer a partisan extremist agenda and spend huge sums on that agenda and jihadist groups? After anger will come wisdom.”

Addressing Turkey’s involvement in Qatar, which stemmed from a bilateral defence agreement made in 2014 and ratified recently, Gargash said: “The Turks left Qatar over a century ago and now have returned. They have big interests in the region and we hope Turkey’s priority will be its interests and not its ideology. But 1,000 or 2,000 Turkish troops show lack of confidence from Qatari government in its stability. Stability will come from integration with the neighbourhood.”

The UK’s foreign secretary, Boris Johnson, on Friday appeared to suggest that the demands levelled are unreasonable. “Gulf unity can only be restored when all countries involved are willing to discuss terms that are measured and realistic,” he said. “The UK calls upon the Gulf states to find a way of de-escalating the situation and lifting the current embargo and restrictions, which are having an impact on the everyday lives of people in the region.”

The Saudi-led boycott, which enlisted other GCC states and Egypt to isolate Qatar, was imposed several weeks after the high-profile visit to Riyadh by the US president, Donald Trump, during which he re-prioritised the kingdom over its main regional rival, Iran – the regional clout of which had risen after the Obama administration brokered a nuclear deal with Tehran.

While Donald Trump backs the Saudi-led ultimatum, the state and defense departments are openly critical – a mixed message that could worsen the crisis

Ever since, Riyadh has moved to enforce its newfound standing. Iran and the Muslim Brotherhood are seen by Saudi leaders and their allies as subversive threats. Doha has maintained a close relationship with the Brotherhood and had enjoyed warming ties with Iran.

US Secretary of State Rex Tillerson said in a statement on Sunday that some of the demands on Qatar “will be very difficult to meet”, but did not reject them outright.

He called on Qatar and the other Arab countries to “sit together” to work through the list. Tillerson had previously insisted any demands be “reasonable and actionable.”