Football fans contrasted enormously as they cheered their teams in Moscow during Russia’s demolition of Saudi Arabia in the opening game of the World Cup.

In the Russian section of the stadium, many women were pictured wearing crop tops as they smiled into the camera and cheered for their country.

The female Saudi Arabian fans, however, were photographed wearing headscarves and face coverings – with only their eyes visible – in line with the Islamic theocracy’s strict modesty code for women.

Women were permitted to watch football at a stadium in the kingdom for the first time in January.

Russian fans and politicians joined in an outpouring of jubilation as the host nation unexpectedly routed Saudi Arabia 5-0 in the opener. 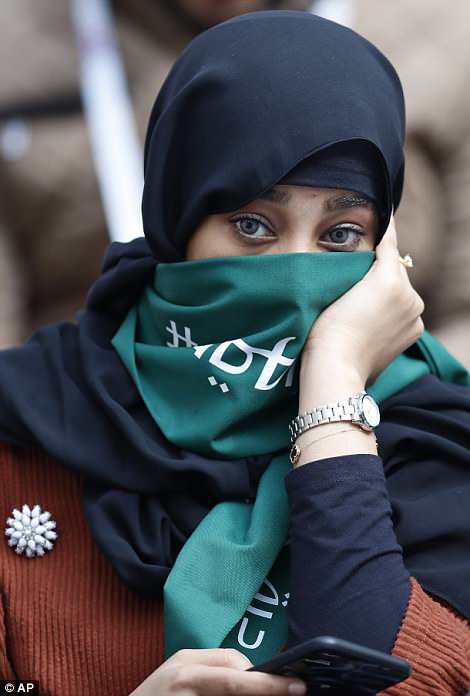 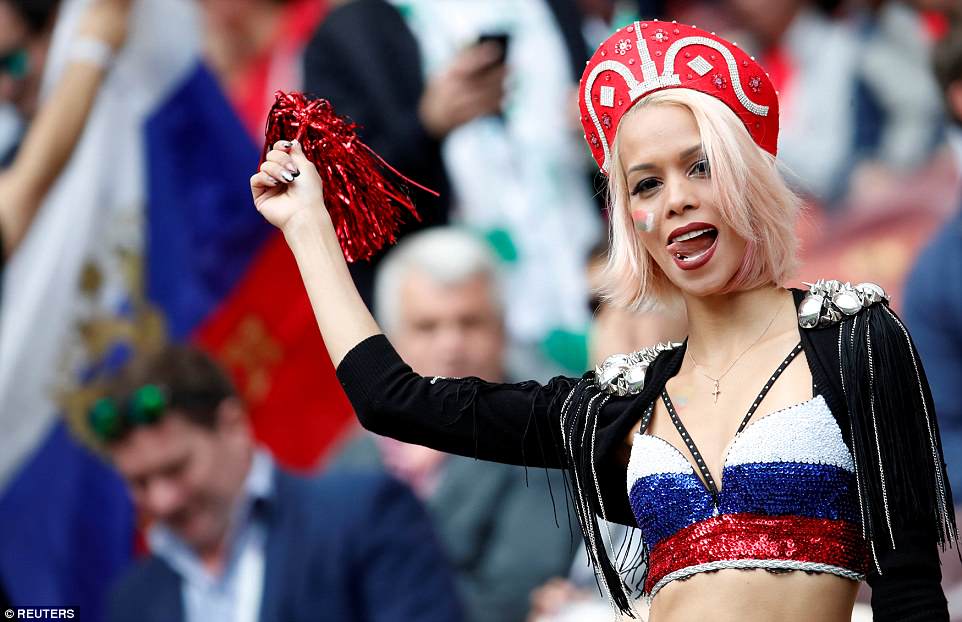 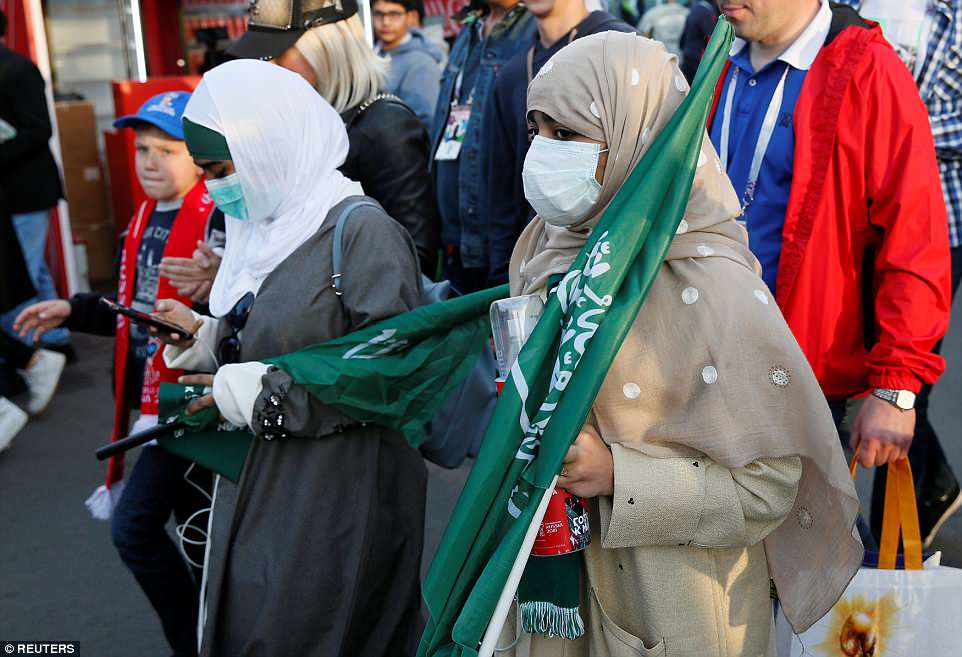 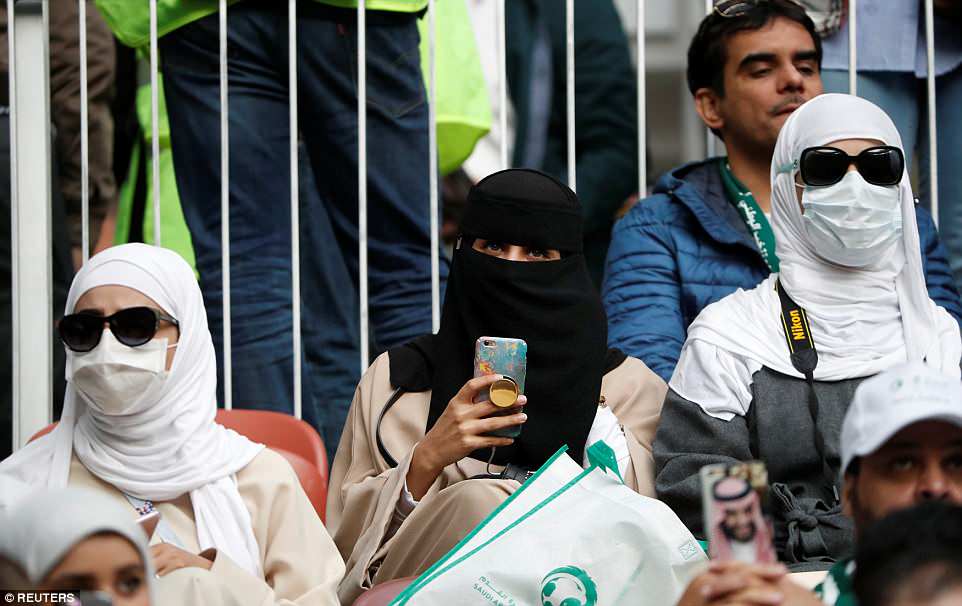 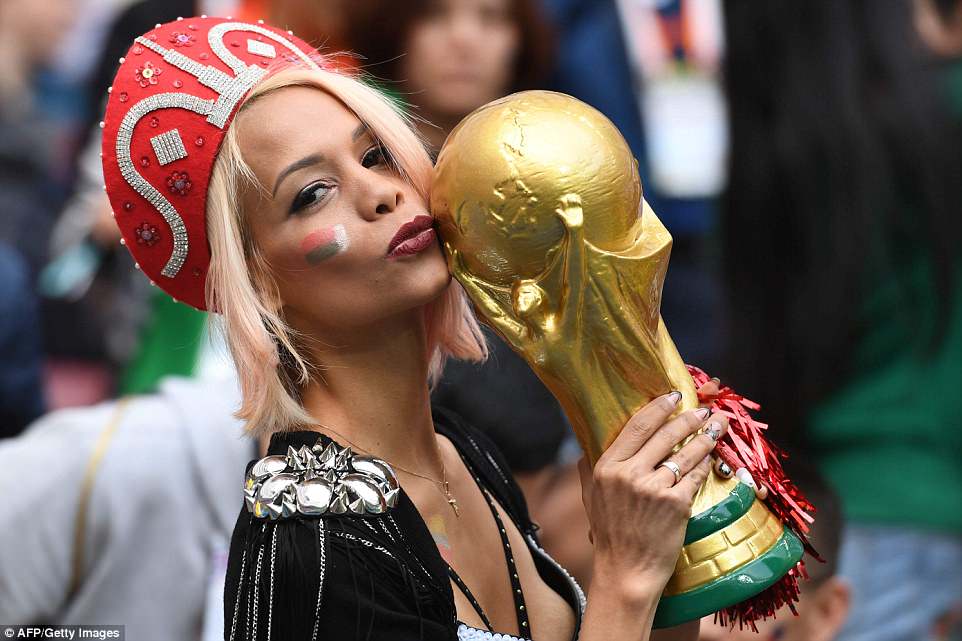 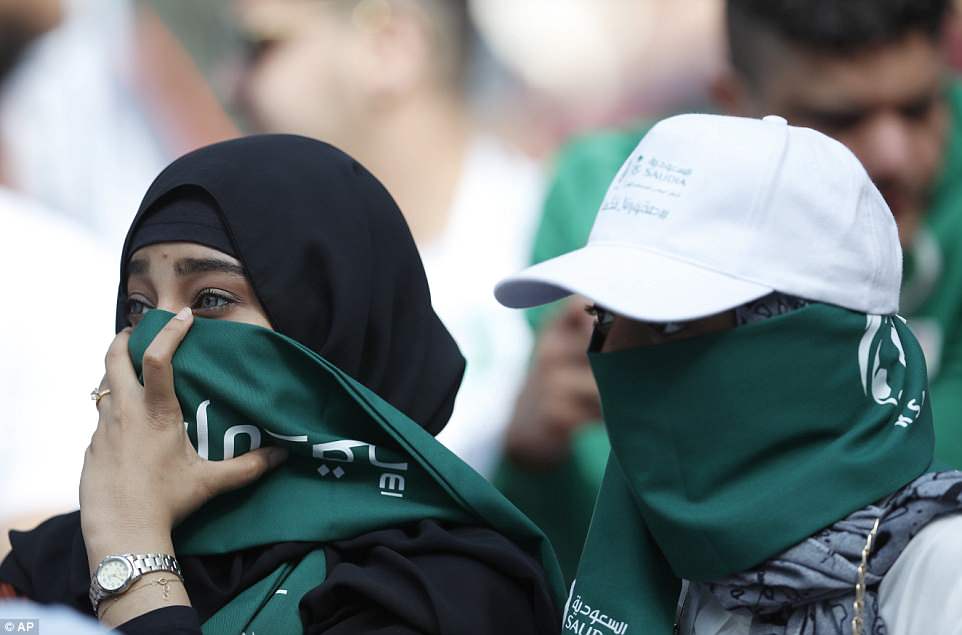 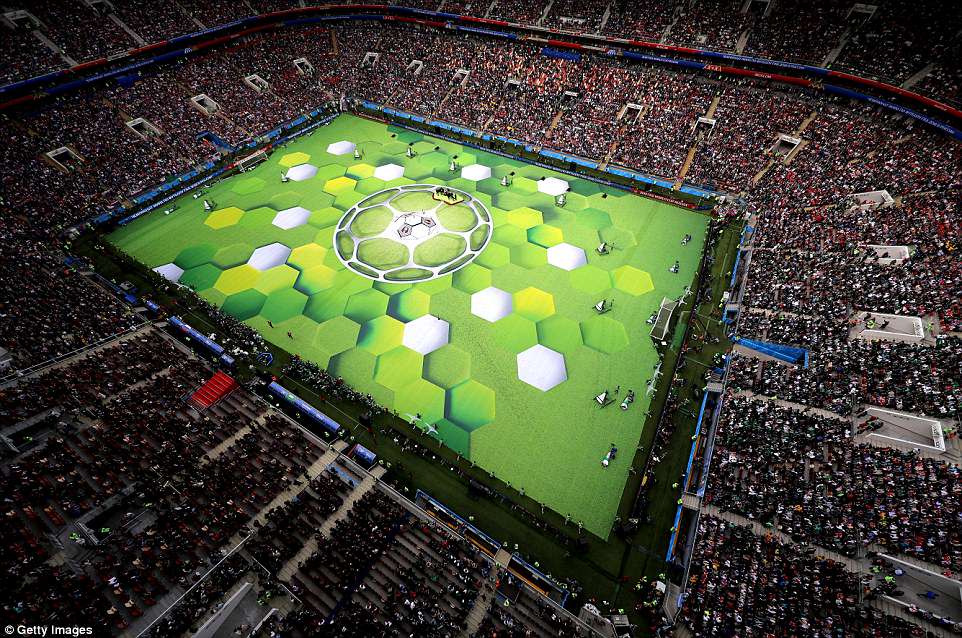 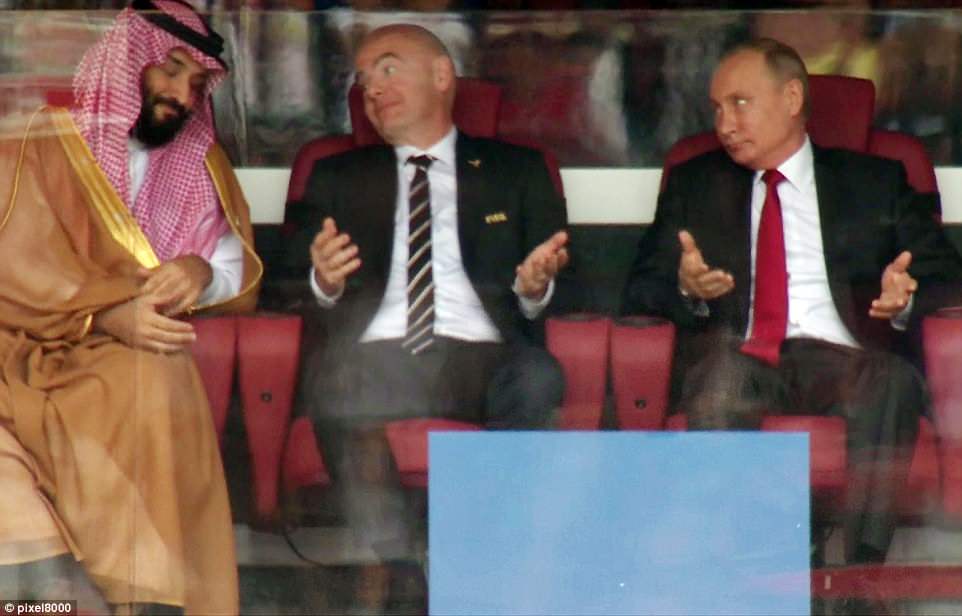 The Saudi Prince looked less than happy as his side received a drubbing at the hands of the Russians. Both FIFA President Gianni Infantino and Vladimir Putin shrugged their shoulders after the first goal

Thousands of revellers packed inside the sold-out stadium to witness the dazzling opening ceremony – seen by an estimated one billion people worldwide.