The United Arab Emirates has instituted a hefty tax on sugary drinks and cigarettes: 50% on soda and 100% on energy drinks and tobacco products.

The tax, which went into effect October 1, has several goals. The first is to generate revenue for the UAE government as global oil prices remain low, according to Gulf News. The second is to improve public health, since the UAE has one of the worst diabetes rates in the world.

Today, 19.3% of the UAE population (nearly one in five people) between the ages of 20 and 79 have type 2 diabetes. The UAE’s diabetes figures have gotten worse in recent years, according to the International Diabetes Federation — in 2013, 10% of the population had diabetes. By 2040, the IDF suggests that the prevalence of diabetes in the UAE could double again.

Many have dubbed the new regulation a “sin” tax, since tobacco, caffeine, and sugar are often pleasurable, unhealthy, and addictive. In the days before the tax took effect, shoppers in the UAE stocked up on drinks and tobacco products, The Associated Press reports.

So far, however, it’s not clear whether such taxes lead to a decrease in diabetes or even obesity. Some research has found links between high levels of sugar in people’s diets and high levels of diabetes. A 2013 study at Stanford University examined data from 175 countries over the past decade, and found that increased sugar in a population’s food supply was linked to higher rates of type 2 diabetes. Other research has also suggested that obesity puts people more at risk for type 2 diabetes.

A 2017 Asian Development Bank study found that a 20% tax on sugar-sweetened beverages was associated with a 3% reduction in overweight and obesity prevalence in China, with the greatest effect on young men in rural areas.

But several places have tried instituting similar taxes, with mixed results. In early 2017, Philadelphia, Pennsylvania instituted a 1.5 cent-per-ounce soda tax but found that it garnered little revenue and did not contribute to many immediate positive health effects. Researchers in Berkeley, California saw a 10% decline in sugar-sweetened drinks after their city instituted a one-cent-per-ounce soda tax in 2015, but there wasn’t enough data to draw conclusions about health outcomes there.

Results in the US are further complicated by the fact that soda consumption nationwide has been dropping since 2000 (though obesity rates have stayed the same). The effectiveness of such taxes also depends on where they are imposed and how high the levy is, and some global health experts have noted that soda taxes disproportionately affect low-income people.

As the UAE’s soda tax experiment progresses, other countries— including Britain and Thailand, as well as cities in the US — will be watching to see if it’s worth implementing similar ones.

Whether the tax will fulfill its goals remains to be seen.

Dubai: Tourist faces year in prison for carrying fake banknote while on holiday with his wife and children

These photos show another side of Saudi Arabia 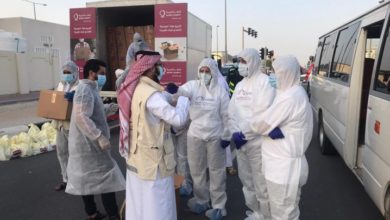 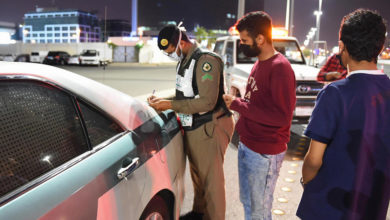 Saudi: Teacher dies while preparing for a remote class 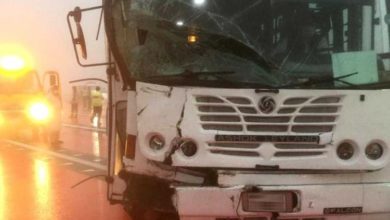