A British academic researcher arrested on suspicion of ‘spying’ on the UAE government has been released on bail after five months in solitary confinement.

Matthew Hedges, 31, was seen for the first time in five months as he appeared in court on Wednesday, and said he had expressed suicidal thoughts because jail conditions have caused him severe anxiety and panic attacks.

On Monday, however, he was released on bail and told to remain in the UAE until his next court appearance on 21 November.

He has not had his passport returned to him and is being made to wear an ankle bracelet. UAE authorities reportedly warned Hedges that , if instructed, he may have to return to jail. 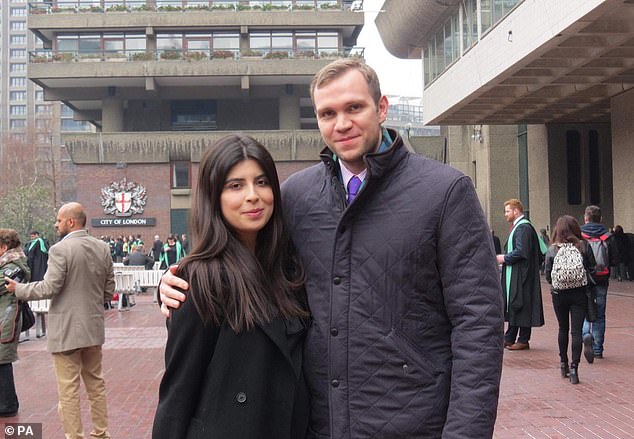 Mr Hedges, a PhD student at Durham University, went to the UAE to interview sources about the country’s foreign policy and security strategy.

The 31-year-old was detained at Dubai Airport on May 5 and his family said he has been held in solitary confinement since then.

Mr Hedges appeared at the Federal Court of Appeal in Abu Dhabi on Wednesday. He denies spying for the UK Government.

Mr Hedges’ wife, Daniela Tejada, of Exeter, said he is tired and ‘shocked by everything’, but in a good mood and ‘glad to be breathing fresh air’ after his release.

Speaking to the BBC, Ms Tejada called the move a ‘great step’ but she is ‘still hoping for justice’.