The UAE temperature is expected to take a shift by August 24 as the appearance of the Suhail star marks the beginning of the end of the scorching summer heat.

Suhail is the second brightest star in the night sky, after Sirius from the constellation Canis Major. It is 27 million years old, and 310 light years away from Earth.

Ibrahim Al Jarwan, member of the Arab Union for Astronomy and Space Sciences, explained that after August 24, the Suhail star – also known as Lambda Velorum – will be seen in the early hours of twilight.

“The visibility of the Suhail star coincides with mild weather as temperatures drop by a few degrees, accompanied with a high level of humidity and south-easterly winds, which tend to blow towards the Hajar Mountains in Oman and the east coast of the UAE,” said Al Jarwan.

“This period is accompanied with drizzle and strong winds, which reduces the humidity in the air, and activates a sort of a summer scents along the Hajar mountains. From Al Dhaid to Al Ain, residents will witness storms and strong winds, as well as heavy thunderstorms,” he said.

Summer to Stop the Spread of Coronavirus?

Summer to Stop the Spread of Coronavirus? 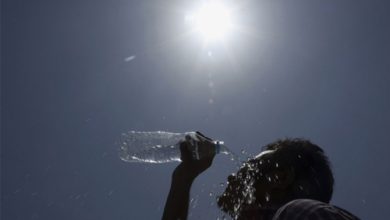