Monday morning, KhalifaSat will face its most testing moment with the launch into Earth orbit. It’s the most sophisticated and technologically advanced satellite ever produced by the UAE, designed and built entirely by Emirati engineers.

The observation satellite has already made the 77,500-kilometre journey from the Mohammed bin Rashid Space Centre in Dubai to the launch site on the Pacific Ocean coast of Japan. The next and final leg is just 600 kilometres, as part of the payload of a Japanese commercial rocket.

With the launch currently set for around 8am UAE time on Monday, KhalifaSat is all ready to go, loaded on top of the Mitsubishi Heavy Industries H-2A rocket. 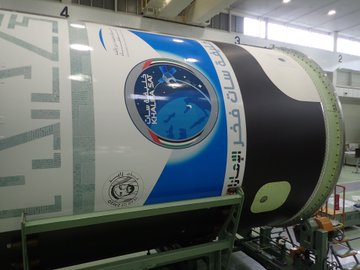 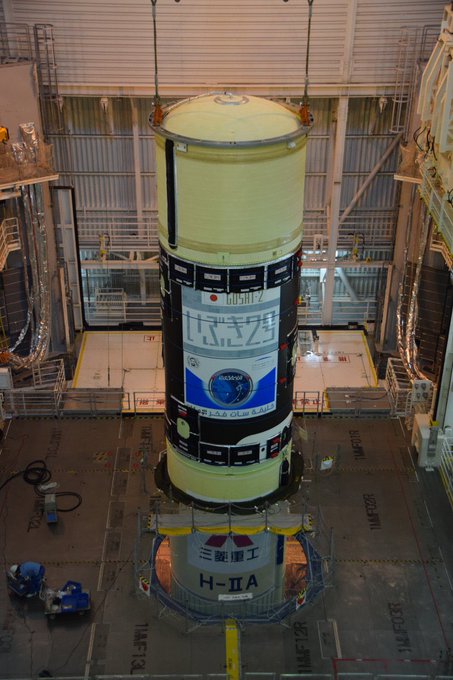 The flight will end several hours later as KhalifaSat separates from the launch rocket and unfolds the solar panels that will power it.

The countdown and launch will be live-streamed by the MBRSC from its website. 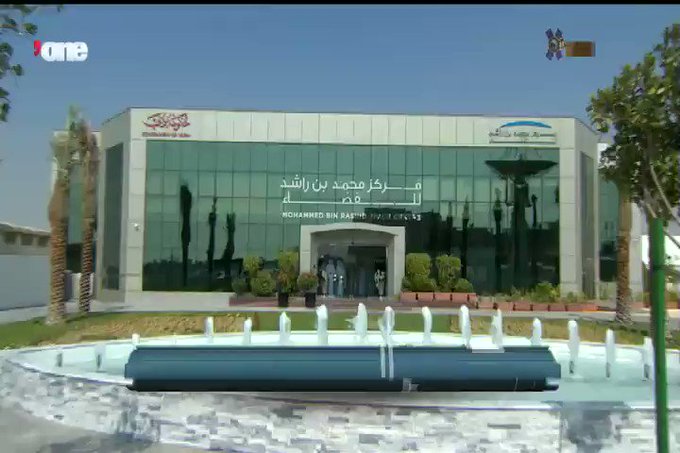 It is the first time the UAE has chosen a Japanese launch system. The HR-2 was developed by Mitsubishi in 2001 and has proved to be extremely reliable, with only one failure in 37 missions.

It has now completed 31 successful launches in a row, including two already this year, from the Tagama Island space centre, in the far south of Japan’s island chain.

KhalifaSat, named in honour of President Sheikh Khalifa, is the third to be built for the MBRSC in collaboration with a South Korean company, Satrec Initiative.

Sheikh Hamdan bin Mohammed, Crown Prince of Dubai and chairman of the Mohammed Bin Rashid Space Centre, has called the launch “the dawn of a new era in the national space sector and a new achievement to be added to the UAE record.”

KhalifaSat was built in a special “clean room” at MBRSC and is the successor to DubaiSat1 and DubaiSat2. Weighing 300kg, its design includes a sunshield to protect its sophisticated camera from radiation and temperature fluctuations.

Once deployed, the satellite will spend five years in a Low Earth Orbit capturing high-quality detailed images and sending them to the ground station at MBRSC. The images will be used to help urban planners, monitor the effects of global warming and aid relief efforts for natural disasters.