This is the moment a Muslim woman filmed the moment an irate man verbally and physically assaults her when she told him it was ‘her right’ to not wear a hijab.

The altercation took place in a parking lot believed to be in Tehran and saw a man repeatedly berating the women to ‘obey the rules’ from his car.

Passers-by were heard as they supported the woman by beeping their horns with one chanting ‘we support the women of the revolution’ from his car window.

When the man demands that she wear her headscarf, the unnamed woman can be heard explaining that she will wear a veil ‘when he has to wear one.’

During the heated argument the aggressive man calls her ‘sister’ to which she replies ‘don’t call me sister.’

The man threatens to call the police as the woman continues to defend herself and even challenges him to call them as her supportive crowd honks their car horns.

‘Get lost I like the way I look without the veil,’ she declares. 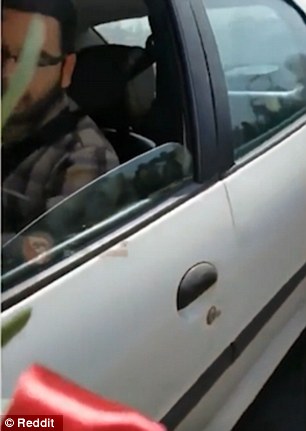 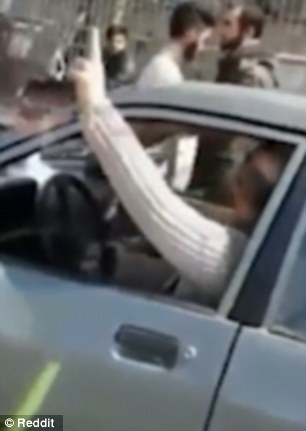 During the two-and-a-half minute altercation, the enraged man gets out of his car to aggress the woman who remains defiant as he appears to lash out and slap her in the face.

Footage of the attack sparked fury after it was posted online where viewers were quick to commend the woman on her bravery with one saying: ‘This woman is a courageous bad ass.’

Others praised the people who showed support from their cars.

One wrote: ‘The people driving past voicing their support for her are heroes as well. Makes you wonder how many locals disagree with the viewpoint & laws over there but can’t really do much about it.’ 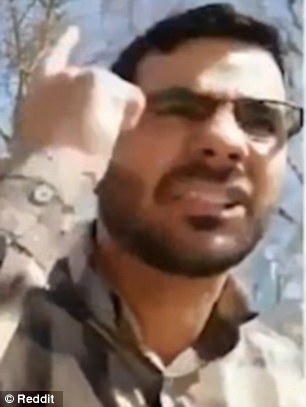 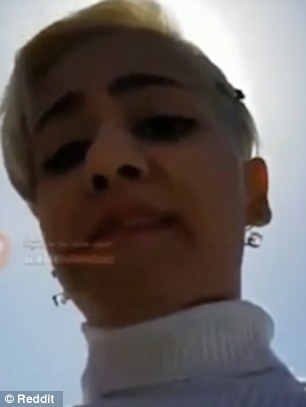