A Thai soldier has killed at least 17 people in a live-streamed mass shooting before holing himself in a popular shopping mall.

The gunmen opened fire at different locations in Nakhon Ratchasima in the northeast of Thailand, 155 miles from capital Bangkok.

The shooter,  identified by police as Sergeant Major Jakapanth Thomma, remained inside the Terminal 21 shopping mall and had not yet been apprehended, the police said.

Local media showed footage of the soldier getting out of a car in front of a shopping mall and firing a series of shots, sending people running. Gunshots could be heard on the video.

According to medics, a further 21 people have been wounded.

A police officer in Nakhon Ratchasima said the soldier had a quarrel about a land deal and shot two people who were involved, another soldier and a woman.

“The gunman used a machine gun and shot innocent victims resulting in many injured and dead,” a police spokesperson told AFP.

“I cannot confirm the death toll right now, police sealed off the area.”

The gunman stole an army vehicle and also posted photos and video of himself on his Facebook account in full tactical gear as the attack in Korat was carried out.

READ  Emirates to resume flights to Bangkok from September 1

At one point after the shooting had begun, the suspect posted “Should I give up?” before his account became inaccessible.

In one Facebook video – since deleted – the assailant says, “I’m tired… I can’t pull my finger anymore” and making a trigger symbol with his hand.

Video and photos circulating online showed panicked scenes, with people fleeing and what appeared to be the sound of automatic gunfire filling the air. 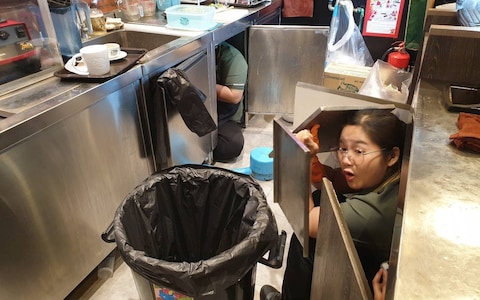 Emirates to resume flights to Bangkok from September 1

Bahrain Out of 2020 AFC U23 Championship