- Advertisement -
It was revealed on Monday that one of the tipping points for Qatari-Gulf Arab relations could have been a ransom Qatar officials paid earlier this year. The hefty ransom reportedly secured the release of 26 members of a falconry party which included some members of Qatar’s royal family 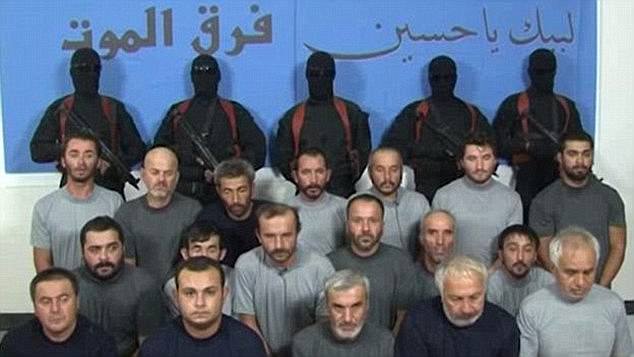 Qatar paid the ransom to al-Qaeda affiliate fighting in Syria and Iranian security officials, a person involved in ransom negotiations said in April.

The incident was sparked when the group was kidnapped December 16, 2015 from a desert camp for falcon hunters in southern Iraq.

They had legally entered Iraq to hunt inside Muthanna province, some 230 miles (370 kilometers) southeast of the Iraqi capital, Baghdad. Shiite militias are active in that area and work closely with the neighboring Shiite power Iran.

A person involved in the ransom negotiations said in April that 11 of the captives were members of Qatar’s Al Thani ruling family.

He also said Qatar paid tens of millions of dollars to Shiite groups, and to the al-Qaida-linked Levant Liberation Committee and Ahrar al-Sham, which are involved in the population transfers underway in Syria.

Both groups were part of an armed opposition alliance that swept through Syria’s Idlib province, seizing it from government control in 2015.

Qatar says it does not support extremist groups in Syria or elsewhere, despite aggressive efforts to back Sunni rebel groups fighting to oust the Syrian government, which is backed by Iran and Russia. 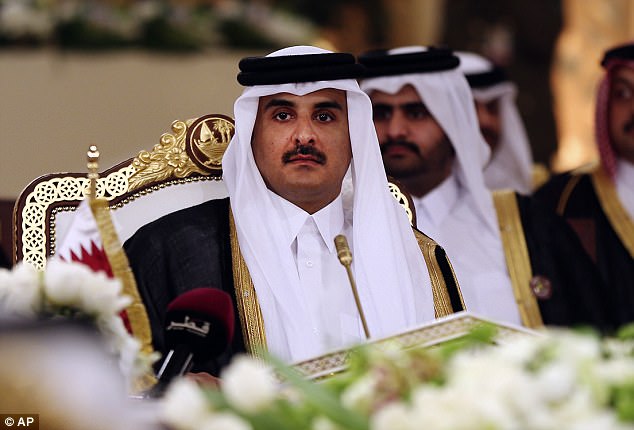 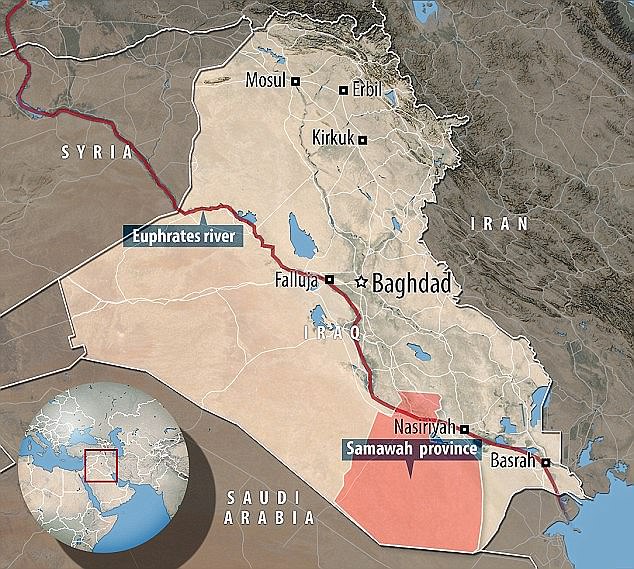 Donald Trump referenced Saudi Arabia cutting ties with Qatar on Twitter, saying that his meeting with ‘with the King and 50 countries’ was ‘already paying off’.

The deal to release the group was reached in April and again heightened concerns among Arab nations that Qatar supports terrorist groups.

‘The ransom payments are the straw that broke the camel’s back,’ one Gulf observer told the the Financial Times.

Qatar has denied that it supports terrorist groups and said in a statement on Monday that its neighbors’ decision to cut ties was ‘founded on allegations that have no basis in fact’.