The Biden administration’s vision for the Middle East has been set back by a conceptual paradox. It presumes that it can create a security, economic and political architecture in the region, bringing together Israel and the Arab states, while simultaneously investing in nuclear talks with Iran seeking a deal that would lift all sanctions on Tehran.

True, it would be a stroke of genius if the current US administration could pull off a strategic Iranian-Israeli understanding, whereby Iran would consent to such an architecture and Israel would consent to Iran being part of a new security order that complements it, bringing together the GCC nations, Iraq and Yemen. However, this is far-fetched.

A realistic political reading indicates that the Iranian regime will not relinquish its ideology. It cannot publicly accept Israel as a legitimate state, neither can it stop exporting its revolutionary guards’ model to Arab states, not only to control them but also to prevent them from charting an independent course in their bilateral relations with Israel.

But, just like it is expedient for Iran that Israel continues to exist and reject a two-state solution with the Palestinians, it is expedient for Israel that Iran pursues its nuclear weapons programme, as this is precisely what Israel needs to illustrate the danger Tehran poses to its existence. One can argue that both states are theocratic in nature, no matter Israel’s pretensions of being a democracy fundamentally contradicted by its insistence on being first and foremost a Jewish state.

The flaws in US President Joe Biden’s vision include its detachment from this reality, coupled with a condescending approach towards the Arab world and an ignorance of the dogmas that govern both Iran and Israel. As a consequence, Mr Biden will not be able to forge a so-called new Middle East. He has set out to do this too late, with both Iran and Israel having already finished building their forts. Moreover, most Arab states have already developed policies and choices based on breaking free of US expectations. This was put in motion after former US president Barack Obama, to whom Mr Biden was vice president, shocked them with a policy of abandonment and disregard.

Mr Biden’s visit to the Middle East was rushed, forced on him by the war in Ukraine and Europe’s dire need for alternative oil and gas streams to offset lost Russian supplies. If not for the war and its upending of the global economic and energy landscapes, Mr Biden would possibly not have hastened to visit Saudi Arabia, meet its leaders, and participate in the Jeddah GCC summit also attended by leaders of Egypt, Iraq and Jordan. Indeed, Mr Biden had been preoccupied with reviving the JCPOA (as the Iran nuclear deal is called).

Mr Biden’s visit to Saudi Arabia is essentially a mea culpa on his part, as he indirectly admits to his errors. Yet, he hasn’t yet given up on reviving the JCPOA at almost any cost – and as long as he remains committed to doing so, he will be unable to build long-term, sustainable strategies with America’s traditional allies in the region.

Mr Biden’s vision for a stable Middle East is hindered by three factors: Iran’s adversarial relationship with Israel, its ideologically motivated regional policy, and its hostility towards American presence in the Middle East. The current administration believes it can use a magic wand to change Tehran’s malign behaviour. Another flaw in Washington’s thinking is that merely reiterating its support for a two-state solution and meeting Palestine President Mahmoud Abbas, as Mr Biden did, will be enough to tamp down the so-called resistance movement and its links to Iran. This problem lies in the determination of the current administration, like in the case of previous US administrations, to withhold justice from the Palestinians and crush their right to statehood, because Israel does not want a Palestinian state.

Until recently, American politicians feared angering Israel because of the latter’s influence over the US electoral scene. Today, alongside this fear, they are wary of inviting Iranian anger if the nuclear negotiations fail.

To some extent, Mr Biden has walked into a trap by seeking to revive the nuclear deal that his predecessor, Donald Trump, withdrew from after citing its shortcomings. The current incumbent has become hostage to this process, navigating between Iran’s impossible conditions and the latter’s persistent march towards acquiring nuclear weapons. Mr Biden finds himself unable to resume the Trump-era policy of “maximum pressure” on Iran, although he has not hesitated in adopting his predecessor’s policy that helped to launch the Abraham Accords.

The Biden administration wants to create a new Middle East, but it needs to be pragmatic and its vision clear. It cannot continue Mr Trump’s Israel policy while at the same time undo his Iran policy. Indeed, Tehran will now allow for the creation of a regional security order that brings together the Arab states and Israel, while Iran remains outside it. Tehran’s capability for subterfuge is immense, and it will not hesitate to use it.

Further complicating matters, the Biden administration was late to clarify the features of its policy vis-a-vis the Arab world. In the time that it was preoccupied with the JCPOA, the Arab states charted a different course. Several of themadopted policies independent of the norms of the traditional US-Gulf relations, without, of course, entirely divorcing themselves from them. There is a chance for Mr Biden to repair relations, but the time of absolute trust in America and full reliance on it is over.

For this reason, the Biden administration has its work cut out – not just with Iran and Israel, but also with the Arab states.

WHO declares monkeypox a global emergency 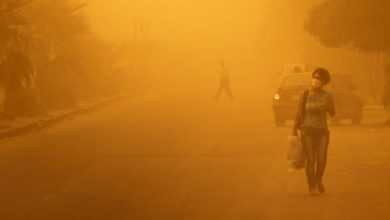 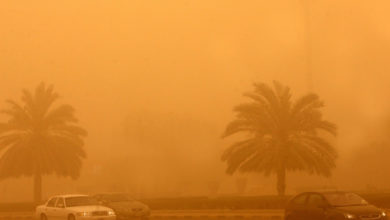 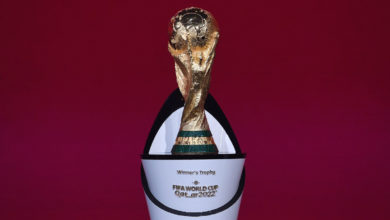