The small island country Bahrain is now claiming its own stake after literally striking oil, at least in theory, and now its plans have taken a new direction: Compete for a large stake of GCC business.

And truth be told that Saudi and UAE’s accelerated implementations of their visions are helping fuel Bahrain’s high spirits and own ambitions.

Saudi and the UAE are the two countries in the GCC vying for global attention, not tiny Bahrain.

Be it the Saudi’s diversification strategy away from oil embodied by Saudi vision 2030 or UAE’s smart city developments and EXPO 2020 plans, these two countries are making the headlines.

Bahrain is well positioned to benefit from an expected trade boost brought about by the liberalization and economic growth of Saudi Arabia, Zayed Al Zayani, the country’s minister for industry, commerce and tourism told CNBC recently.

“By having a more liberal and accessible Saudi Arabia we all stand to benefit from that,” said Al Zayani.

“We already have a large industrial base in Bahrain that’s predominantly orientated to Saudi Arabia and the rest of the region.”

The fund will be open to investors in Bahrain, the Gulf Cooperation Council (GCC) and internationally, according to Kallanish Energy.

Bahrain announced last month an oil discovery off its west coast, estimated to contain some 80 billion barrels of tight oil.

In early April, Bahrain announced its biggest discovery of hydrocarbon deposits in decades off the country’s west coast, estimated to be at least 80 billion barrels of tight oil and between 10 and 20 trillion cubic feet of deep natural gas.

Good news for Bahrain’s budget deficit which reached as high as 17.8% of GDP in 2016 and would be no less than 12% of GDP in 2018 as predicted by the International Monetary Fund (IMF).

Bahrain’s hydrocarbon-related revenue accounted for 75% of government revenues in 2017 and 55% of exports, figures sure to increase when exploration concludes.

Rating agency Moody’s reported that Bahrain has an oil output of around 198,000 bpd of which around 150,000 bpd comes from an offshore field that it shares with Saudi Arabia, a country that produces just around 10 million bpd.

Bahrain’s dwindling foreign reserves stood at $2.8 billion at the end of November covering only 1.4 months of imports of goods and services and less than 10 percent of Bahrain’s short-term external debt.

Bahrain: Vehicle Registration to be made easier 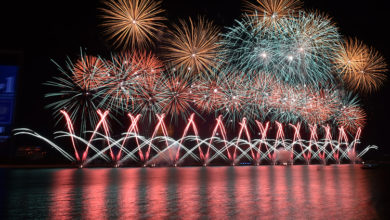 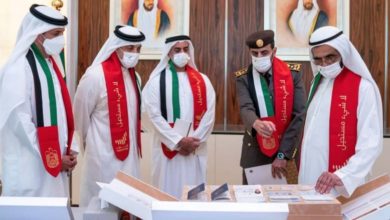