A pair of shoes thought to be the most expensive in the world go on sale today – for $16 million today.

The lavish heels are made from gold patent leather, silk, and embellished with 236 diamonds, as well as featuring a round 15 carat flawless D- diamond centre piece at the tip of each shoe.

The ‘Passion Diamond’ shoes are the second set of showstoppers from UAE-based designer Jada Dubai, who hit headlines earlier in the year for its royal collection, also in collaboration with jewellery brand Passion Jewellers, which included a pair for $300,000.

The one of a kind shoes will be made bespoke to fit the buyer, but a prototype has been created in Italy that will be viewed by just 50 VIP clients at what’s billed as the world’s only seven-star hotel, the Burj Al Arab in Dubai.

The select group has been invited to the showcase to get a closer view of the shoes, which took nine months to create and even feature real gold labels on the inside.

The stilletos, created with Passion Jewellers, will top the $15 million fetched for a pair of high heels by UK designer Debbie Wingham  — which eventually sold to a Middle- Eastern client who bought them for their daughter. 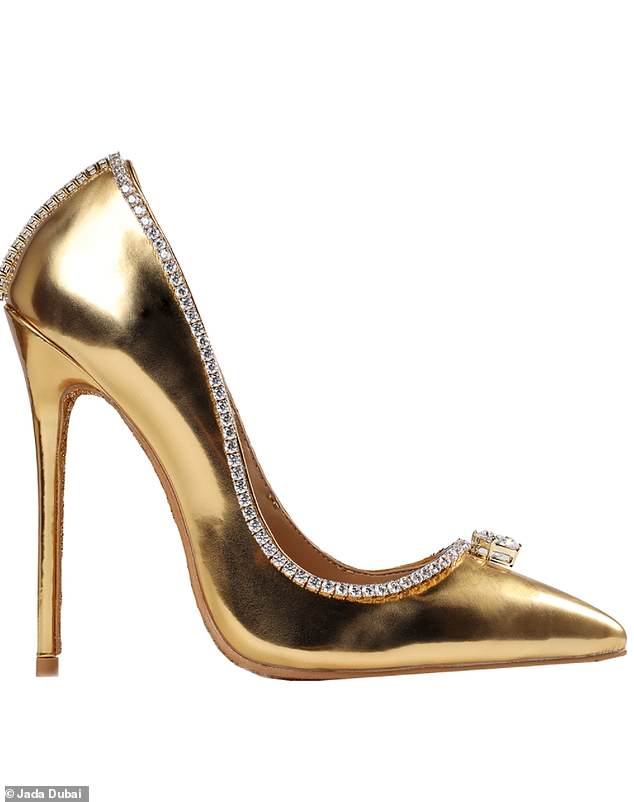 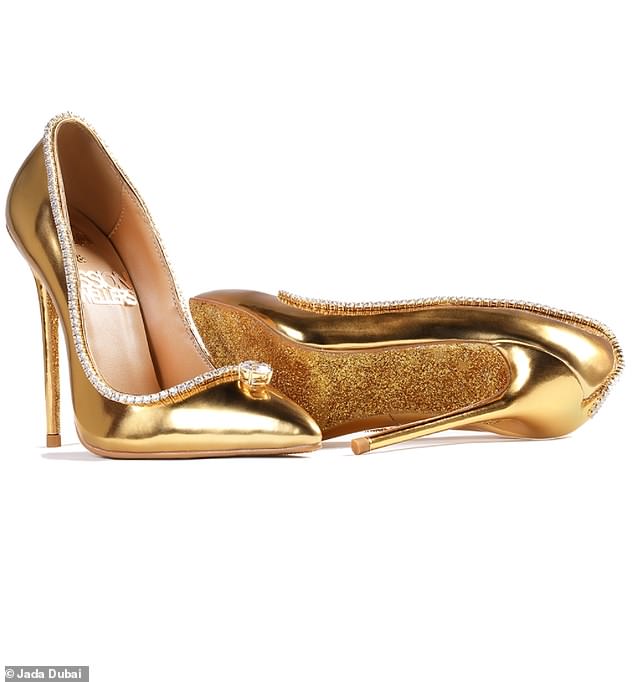 According to The National the fancy footwear took more than a year to make, with gold specialists from three countries coming together to craft the masterpieces.

Described as the ‘first pair in the world’, the shoes are part of the Royal collection by United Arab Emirates-based designer Jada Dubai, which also feature a pair of shoes inspired by Princess Diana and Grace Kelly. 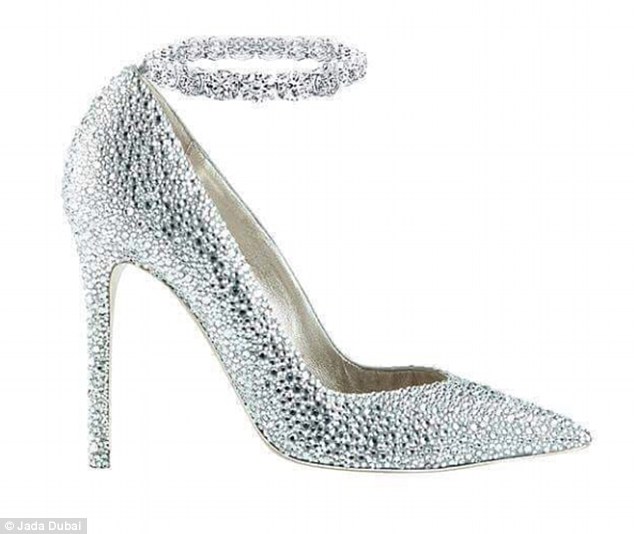 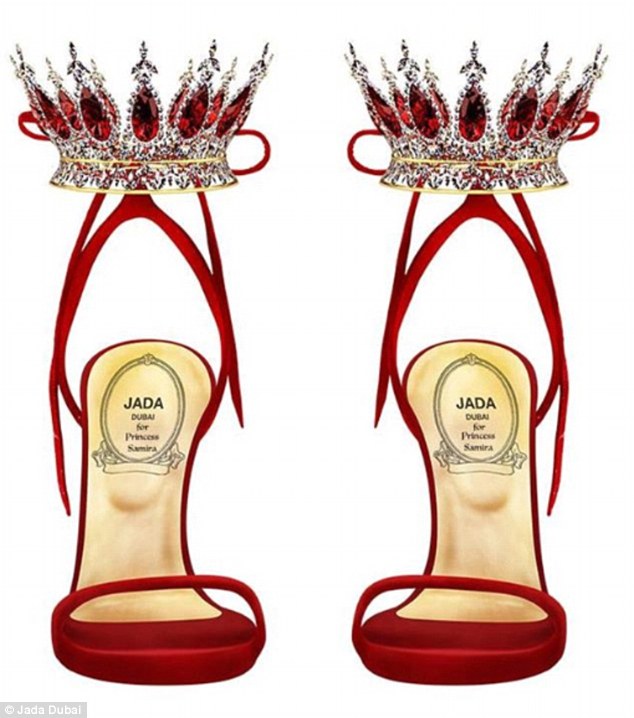 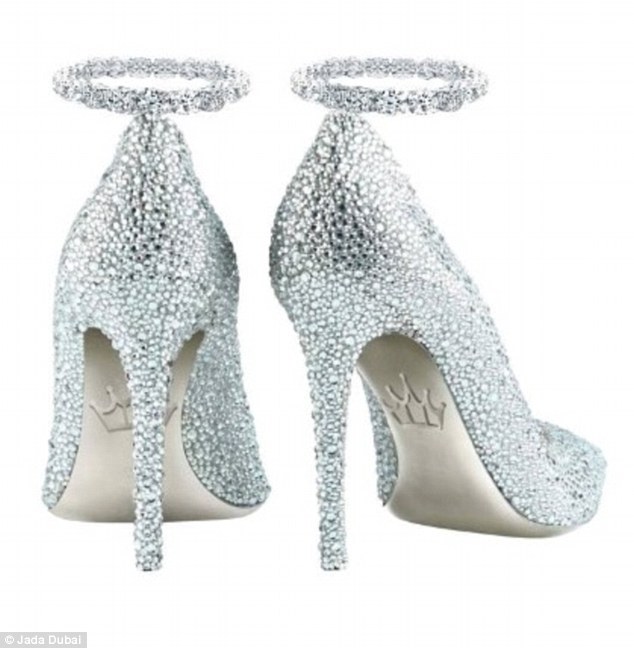 The opulent shoes, which are inspired by a ‘legendary love story of a mirage princess named Jada in the desert’, are handmade by a single craftsman in Venice

‘Please note that the delivery time is between 3 to 8 weeks, as the shoes are made by a single craftsman in Venice,’ the site states.

And continuing the Royal theme are the ‘Princess Diana’ shoes’, which are described as ‘feminine’ and ’embodying infinite love’.

Retailing at just over £5,000 they are made of 19K yellow gold and platinum and embellished with 10 brilliant-cut white diamonds and 2000 Citrines, totalling 315.6 carats. 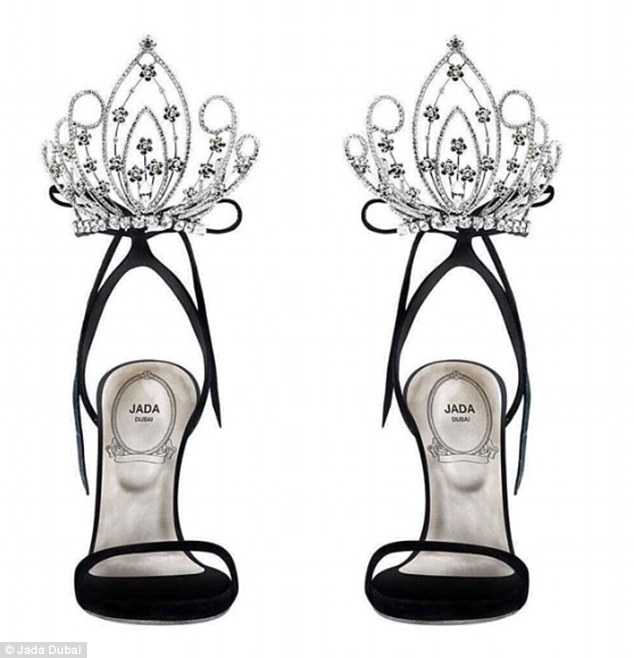 Next up are the Cleopatra shoes, of which there are only ten pieces, and are adorned with a diamond-encrusted snake.

The luxurious shoes retail at just over £3,700 and feature 19K yellow gold and platinum soles, as well as being adorned with four brilliant-cut white diamonds and 28 black diamonds.

Last of the collection are the Josephine shoes, inspired by Napoleon, the Emperor of France and his wife Josephine, and embellished with 19K of yellow gold and platinum, eight rubies and six emeralds, retailing at just over £3,600. 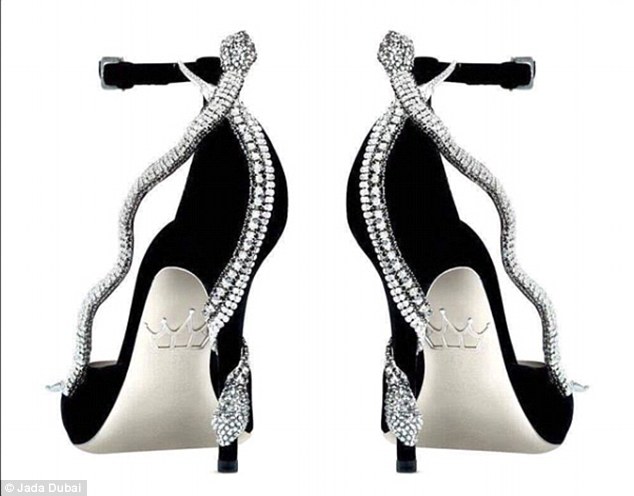 The Cleopatra shoes retail at just over £3,700 and feature 19K yellow gold and platinum soles, as well as being adorned with four brilliant-cut white diamonds and 28 black diamonds 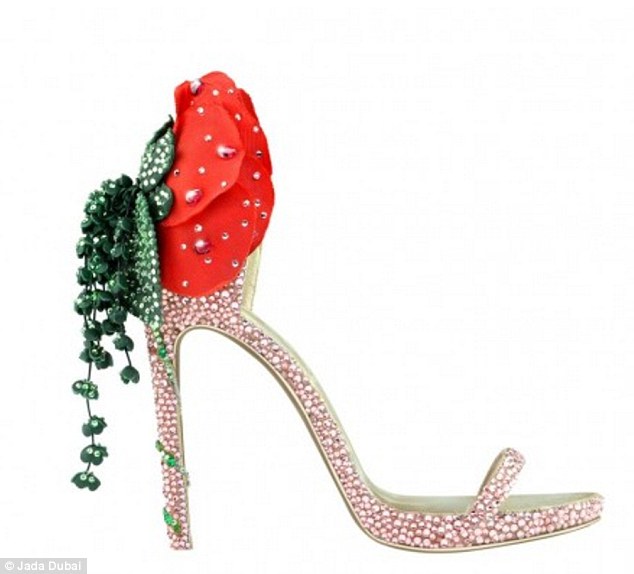 Inspired by Napoleon, the Emperor of France and his wife Josephine, these are embellished with 19K of yellow gold and platinum, eight rubies and six emeralds, retailing at over £3,600

Despite the shoes’ jaw-dropping price tag, the world’s most expensive shoes were unveiled by British designer Debbie Wingham last October, who created a $15.1 million pair of shoes.

The shoes were commissioned as a birthday gift by an unnamed family and were decked in some of the world’s rarest stones.

Featuring rare large pink and blue diamonds, which alone cost more than $13 million, they are also embellished with four flawless three-carat white diamonds and 1000 pointer diamonds framing some of the iced cake-like detailing.