Shiite rebels in Yemen threatened on Tuesday to attack ports and airports in Saudi Arabia and the United Arab Emirates, raising the stakes in a flare-up between Riyadh and Tehran.

The threat came hours after Saudi Arabia’s powerful crown prince accused Iran of “direct military aggression” through its support for the rebels — a claim Tehran rejected as “contrary to reality”.

The soaring tensions between the key oil producers saw crude trading at close to two-year highs on Tuesday and spooked Gulf markets.

The rebels already showed on Saturday that despite a more than two-year Saudi-led bombing campaign, they retain missiles capable of striking targets deep inside the kingdom.

A rebel missile was intercepted and destroyed near Riyadh international airport — the first to reach the Saudi capital — with smouldering debris inside the perimeter underscoring the growing fallout for Saudi Arabia from its involvement in neighbouring Yemen.

“All airports, ports, border crossings and areas of any importance to Saudi Arabia and the UAE will be a direct target of our weapons, which is a legitimate right,” the rebels’ political office said in statement.

“We will not stand idly by — we will seek more radical means to prevent both the tightening of the blockade and all acts aimed at starving and humiliating the people of Yemen.” 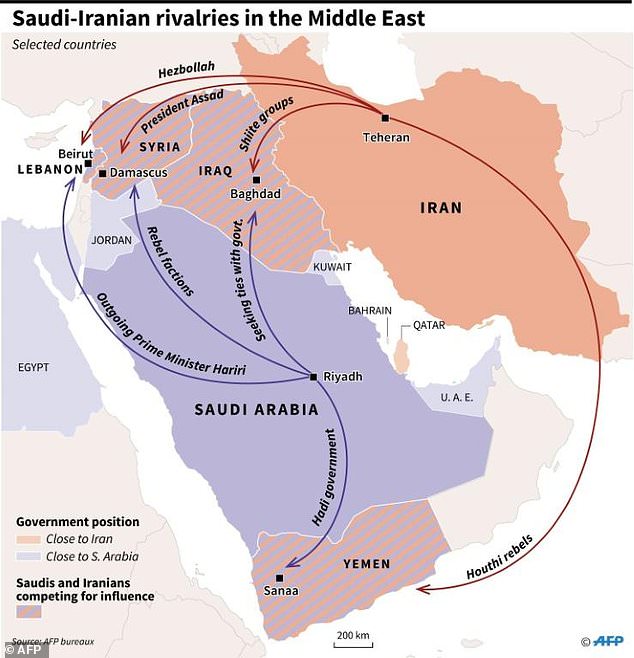 Saudi-Iranian rivalries in the Middle East

Saudi Arabia and the UAE are the two major powers in a coalition that has been fighting against the Yemeni rebels since 2015 in support of the internationally recognised government.

Since Saturday’s missile attack, the coalition has tightened its blockade of rebel-held areas of Yemen, blocking even UN-supervised relief supplies despite urgent appeals from the world body.

The coalition said its action was aimed at filling the gaps in inspection procedures that enable “smuggling of missiles and military equipment” to the rebels.

But the blocking of all relief supplies further threatens some seven million people already on the brink of famine and the UN urged the coalition to lift it as soon as possible.

“If these channels, these lifelines, are not kept open it is catastrophic for people who are already in what we have already called the world’s worst humanitarian crisis,” said Jens Laerke, a spokesman for the UN humanitarian office (OCHA) in Geneva.

OCHA said the coalition had also asked it to clear ships from the rebel-held Red Sea port of Hodeida, the backbone of its humanitarian operations in Yemen.

It said it was in talks with the coalition to restore access as soon as possible.

Laerke said that in the immediate aftermath of the blockade, fuel prices in rebel-held areas had jumped by up to 60 percent and cooking gas prices had doubled.

“The involvement of Iran in supplying missiles to the Huthis is a direct military aggression by the Iranian regime,” the official Saudi Press Agency quoted Crown Prince Mohammed bin Salman as saying.

This “could be considered an act of war,” he said.

The rebels’ threat of more missile attacks like that on Riyadh airport threatens to escalate the proxy conflict between Riyadh and Tehran, which back opposing sides in wars and power struggles from Yemen to Syria.

On Monday, the Saudi-led military coalition in Yemen said it reserved the “right to respond” to the missile attack, calling it a blatant military aggression by the Iranian regime which might amount to an act of war.

Oil was trading close to two-year highs on Tuesday as tensions soared between the key producers.

Six Gulf Arab bourses ended lower on the tensions and the Saudi market was down 2.9 percent in afternoon trade at levels last seen more than five months ago.

The tensions come as Saudi Arabia remains embroiled in the biggest purge of the kingdom’s elite in its modern history.

Dozens of high-profile figures including princes, ministers as well as billionaire tycoon Al-Waleed bin Talal were swept up in the weekend purge — just after an anti-graft commission headed by Prince Mohammed was formed.

US President Donald Trump voiced support for the crackdown late on Monday, saying that some of those arrested had been “milking their country for years”. 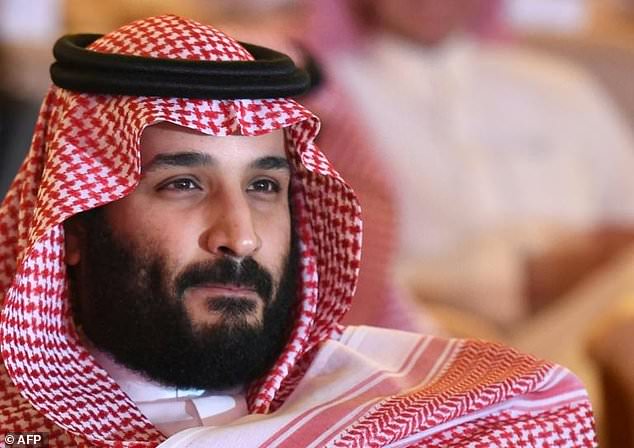 Saudi Crown Prince Mohammed bin Salman, who is also defence minister, is seen as a key proponent of the kingdom’s military intervention in neighbouring Yemen

The purge underscores an unprecedented restructuring of the kingdom as Prince Mohammed steps up a dramatic reform drive for a post-oil era while consolidating power before his eventual succession as king.

The commission hinted on Monday that it could widen its crackdown by issuing more arrest warrants and imposing more travel restrictions.

Kuwait resumes flights to and from Frankfurt and Kabul