Starting Monday, it will be a criminal offense in Israel to pay more than the equivalent of $1,700 in cash to a business or $4,360 in cash to individual, as the government intensifies its ongoing war on tangible money.

It’s a war that began in earnest with the 2018 passage of the Law for the Reduction in the Use of Cash. Israeli businesses and individuals began facing limits on cash transactions in January 2019. However, on Aug 1, those limits are being slashed nearly in half.

Israel also limits the extent to which cash is used in transactions involving multiple payment methods. If the total transaction value is more than the above thresholds, cash may only be used for 10% of the purchase. Car purchases are given a higher, 50,000 NIS (New Israeli Shekels) limit — about $14,700.

Violators are subject to penalties that can reach 25% of the transaction for individuals and 30% for businesses. According to Israel National News, the government has amassed the equivalent of $5 billion in fines since restrictions began in 2019.

However, in Israel’s phased approach to eliminating cash from society, those exceptions are destined to expire.

Next, Israel’s finance ministry plans to deliver a proposal to parliament to criminalize the mere possession of cash exceeding a certain sum. One version of the proposal set the possession cap at the shekel equivalent of just $14,700.

Limits like Israel’s are just one way to work toward “de-cashing” a population. A 2017 International Monetary Fund paper outlined other tactics,including abolishing large-denomination bills, imposing reporting requirements on cash transactions over a certain threshold, requiring the declaration of cash when entering or leaving a country, or applying an additional tax when cash is used. Various countries and economic blocs have already started implementing measures from this menu.

A war on cash isn’t the only way Israel is leading the way to an authoritarian future; it has also:

Saudi unveils 92nd National Day identity: ‘This is Our Home’

Tourist faces over $200,000 health debt for catching pneumonia while in US

Saudi unveils 92nd National Day identity: ‘This is Our Home’

Tourist faces over $200,000 health debt for catching pneumonia while in US 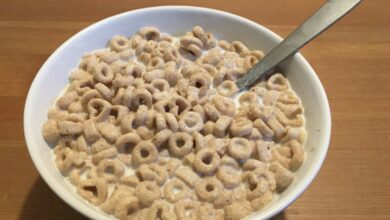 Here’s why Cheerios are better than coffee for breakfast 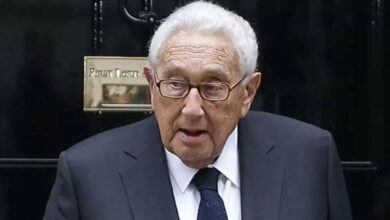 Henry Kissinger: America is ‘on edge of war with Russia and China’

Why solar power is failing amid record-breaking heat