According to the National Centre of Meteorology, the weather is expected to be hazy and partly cloudy at times with a chance of rainfall at intervals over scattered areas.

The rain is expected later in the day over some coastal, northern, and eastern areas.

There will be moderate to fresh winds causing blowing dust and sand reducing horizontal visibility. Motorists are advised to drive carefully due to slippery roads during the rain.

The Sea will be rough to very rough with cloud activity in the Arabian Gulf and will be moderate in Oman Sea.

The maximum temperature in the country is expected to be between 31 and 35 °C. And the lowest will be between 13 and 17 °C.

UAE: Icicles caught on video as temperature dips to -2°C

UAE: Icicles caught on video as temperature dips to -2°C 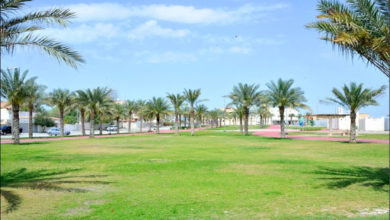