A worldwide battle between online and physical

Worldwide, e-commerce is a structurally growing business. Goods and services bought online have become a USD 2.2 trillion market with an annual growth rate in the double digits. In 2018, 1.3 million tonnes of cardboard were used in North America alone to safely ship the goods which were ordered online. The e-commerce industry has grown factors faster than the global retail sector as a whole for years. In fact, e-commerce has often grown at the expense of physical retail, to the extent that the words like “retail apocalypse” and “Amazon effect” are often used to describe the danger that e-commerce presents to physical retailers. More than 9000 retail stores have closed their doors for good in the United States last year, a close to 60% increase versus the previous year. Famous brands such as Sears Holdings, Toys R Us, Forever 21, JC Penny have all had to declare bankruptcy. Meanwhile, Amazon accounted for almost 40% off all e-commerce sales in the United States last year. This shift of market share and the related demise of physical retail should continue and might even accelerate in the future. Companies that are operating in physical retail without a thought-through complementary online sales strategy are going to face even more headwinds going forward.

While overall retail sales are in the trillions, global e-commerce penetration was only around 11% last year, according to Euromonitor. This indicates that there is still quite a lot of room to grow. We would not be surprised if the global E-commerce penetration were to reach 20% in the medium- to long-term. When it comes to the product mix, we project that the short-term focus of e-commerce will likely be on goods that are non-perishable, such as electronics and books as well as apparel and footwear. As consumers often return every second piece of apparel or every second pair of shoes, this poses big challenges to the logistics as well as the margins of some e-commerce companies. A bit further in the future, we assess that e-commerce will play a bigger role in the sale of goods of perishable nature, fresh food products in particular even though this will require a much more sophisticated value chain.

The main drivers of the rise of e-commerce are due to the facts that it offers consumers a variety of convenience benefits such as time saving from not having to go to stores and by making price comparisons between different stores much easier. If you already know what you want to buy, why would you spend time going to a store, risking that the store does not have the item available while maybe not getting a very competitive price on it?

The corona crisis has only further fueled the shift from physical store sales to e-commerce based trade by adding a health and safety concern. Finnish researchers have studied the transmission effects of the coronavirus in confined indoor areas such as supermarkets. They found that after the coughing, the cloud of infectious particles can spread to different aisles and that it only eventually dilutes itself over the course of several minutes. Therefore, airborne particles could potentially infect other shoppers even quite a long time after the already infected coughing person had walked away.

The potential for e-commerce in the Middle East

While the rise of e-commerce is a global phenomenon, the Cooperation Council for the Arab States of the Gulf (GCC) is one group of countries best positioned to see some of the most drastic sector growth rates. This is due to a mixture of three key factors; demographics, infrastructure, and base effects.

The average GCC consumer is more than a decade younger compared to the average consumer in Western countries. Younger people tend to be more tech-savy than older generations. They are therefore more likely to adopt E-commerce and make use of technology as part of their purchase routines.

The consumer in the GCC is not only younger than the west, but can also rely on a solid technological infrastructure foundation needed for e-commerce. The GCC states have some of the higher penetration rates when it comes to internet, social media, and smartphone in the world.

Despite these two factors, e-commerce in the GCC states is starting off from a low base and therefore has a lot of catch-up potential. While it is estimated that between 10% to 25% of all retailing transactions in the UK, US, France, and China were done through e-commerce channels last year, this figure is much lower for the GCC states. The average for the GCC comes in at around 3% whereby the United Arab Emirates (UAE) posts the highest figures at more than 4%.

One aspect that is currently still holding e-commerce back a bit in the GCC states is the difference in preferred payment solutions. The GCC states tend to have a substantially stronger cash preference compared to Western countries. Cash is a drag for e-commerce firms because it limits them to work with logistics companies that accept it as a form of payment, leads to working capital pressure for the e-commerce firms, and leads to higher rates of failed deliveries and return rates which enlarge the costs of doing business. By some estimates, cash-based deliveries are twice as expensive compared to deliveries that are prepaid. We however project that the strong preference for cash will diminish over time also in the GCC states. When e-commerce firms manage to create a proven track-record of consistently meeting customer expectations, clients will be more likely to trust them to a degree where they might choose prepaid solutions rather than cash on delivery. Furthermore, as more and more individuals shift towards digital payments in general, the preference for cash payments might diminish in general.

A lot of growth ahead

Overall, we see a bright future for the E-commerce market in general and for E-commerce in the GCC in particular. The secular growth story of E-commerce will be particularly strong in the GCC countries due to their younger population, strong relevant infrastructure and large catch-up potential.

Avoid these five investment blunders during a crisis

Is the pandemic catalysing healthcare trends in the GCC?

WHO: Pursuing COVID-19 herd immunity is unethical and wrong

WHO: 10% of global population may have been infected with COVID-19

Avoid these five investment blunders during a crisis

Is the pandemic catalysing healthcare trends in the GCC?

WHO: Pursuing COVID-19 herd immunity is unethical and wrong

WHO: 10% of global population may have been infected with COVID-19 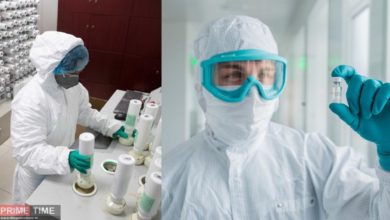 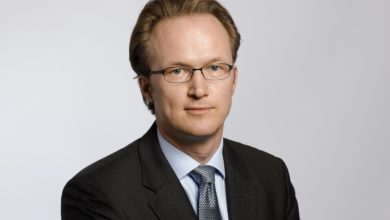 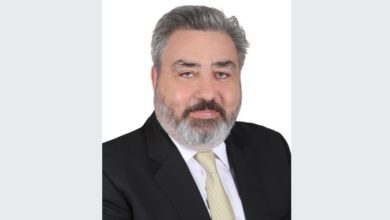 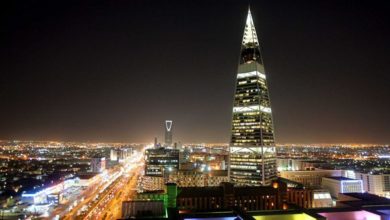