Saudi Arabia will host on Feb. 26 and 27, 2021, two rounds of season 7 of Formula E racing, for the third year in a row in Diriyah, the Ministry of Sports said. The event will be held in coordination with the Saudi Automobile & Motorcycle Federation.

The International Automobile Federation announced the provisional calendar for the ABB Formula E Championship 2020/2021. The seventh season is set to start in Santiago, Chile, on Jan. 16, 2021, and then the series moves to Mexico City.

From there the championship moves directly to the Kingdom of Saudi Arabia for another double-header in Diriyah, and then on to Sanya in China before returning to Europe for races in the Italian capital of Rome followed by the French capital of Paris.

READ  'There is no difference between men and women'- Saudi Prince

Formula E will next return to the famous streets of Monaco on May 8 and then sets off to Seoul in South Korea for the first time, before heading to Germany. The championship will round off in New York City, United States of America, followed by a UK-based double-header in London on July 24 and 25, 2021.

On this occasion, Minister of Sports Prince Abdulaziz Bin Turki Al-Faisal expressed his pride and happiness in hosting the Formula E racing for the third consecutive year in Diriyah.

He said that the Kingdom will host this international race for the third year in a row, which confirms our ability to host the largest and most prestigious international sporting competitions, given the unlimited support from the Custodian of the Two Holy Mosques King Salman and Crown Prince Muhammad Bin Salman. 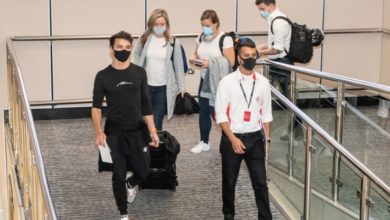