Setting off from Riyadh, the Kingdom’s capital, towards Al Qaisumah, Bahrain Raid Xtreme faced a technically challenging day of driving, with winding stony tracks to navigate over the course of the 661 km stage.

Sebastien Loeb suffered an early navigational error before a series of punctures that added nearly an hour to his day’s driving, leading to him finishing 20th for the day with a stage time of 05:59:43, +50:18 off the stage leader. This puts Loeb in 10th overall, +1:40:07 behind the current leader.

Fellow BRX driver, Nani Roma, was hunting down a top three place at certain points of the stage, but also suffered his own navigational difficulties that placed him eighth with a stage time of 05:19:56, +10:31 off the leader. After five stages, Roma keeps himself in the top ten, seventh overall, with +1:24:56 behind French driver Stephane Peterhansel. 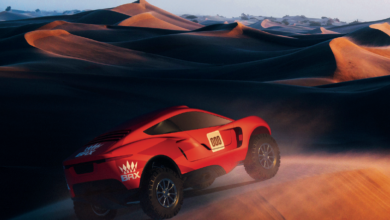