Leaders and heads of delegations of the Gulf Cooperation Council (GCC) for Arab States convened the 41st session of the GCC Supreme Council, where a solidarity agreement was signed.

His Royal Highness Prince Mohammed bin Salman bin Abdulaziz, Crown Prince, Deputy Prime Minister, and Minister of Defence, said that the Gulf states had signed an agreement on regional “solidarity and stability” at a summit aimed at resolving a three-year boycott against Qatar.

“These efforts helped us reach the agreement of the Al Ula statement that will be signed at this summit, where we affirm our Gulf, Arab and Islamic solidarity and stability,” he said, thanking the United States and Kuwait for mediating.

Upon their arrival at the Hall, the leaders and heads of delegations were received by the Saudi Crown Prince.

UAE: 8% of population vaccinated against COVID-19 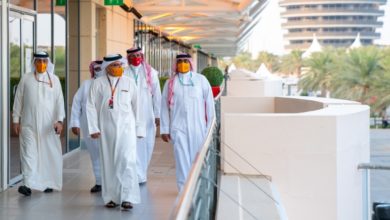