In a statement issued today (Saturday), the PACA said: “The latest weather Charts and analysis of the National Multi Hazards Early Warning Centre indicate the continuity of an area of a low-pressure system over the Arabian Sea, causing an advection of clouds with chances of varying intensity of rainfall occasionally thundershowers over governorates of Al Sharqiyah, Al Wusta and Dhofar associated with fresh downdraft winds until Monday, 20th July 2020.”

“Heavy rain and thundershowers are expected to affect the mentioned governorates with rainfall amounts ranging from 40-80mm during today and tomorrow, associated with fresh downdraft winds, flash flood and reduction in horizontal visibility.

“In addition, rough Sea is expected along the coastal areas of the Arabian Sea (3 – 4) meters.“Hence, the PACA has advised the public to take precaution and stay away from lying areas, avoiding crossing wadis and avoid venture into the sea,” the statement added. 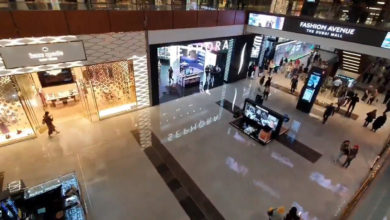